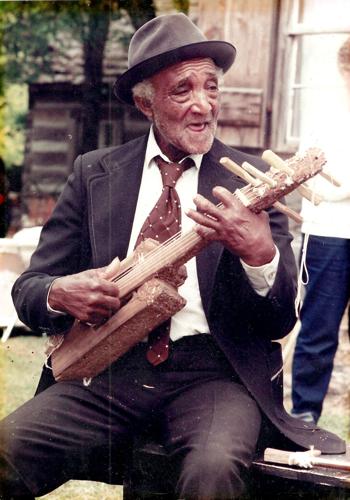 Earnest Mostella, a fiddle maker who lived in Ashville, is having his work documented. Photo courtesy Ashville Museum & Archive 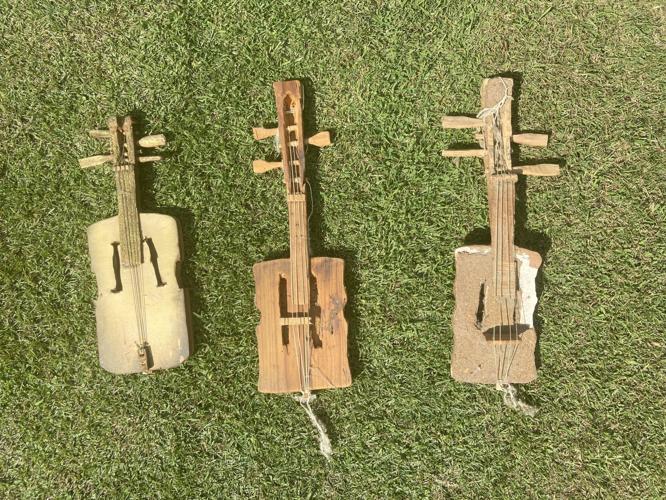 Earnest Mostella, a fiddle maker who lived in Ashville, is having his work documented. Photo courtesy Ashville Museum & Archive

A Birmingham writer has begun to document life, music and art of Earnest Mostella, a fiddle maker who lived in Ashville.

Burgin Mathews’ life changed when he met Mostella 22 years ago. Although in his 90’s, Mostella was still making his handmade fiddles. Mathews described Mostella as someone who was full of energy, life and humor.

“He was a very vivacious, charismatic figure who I admired and enjoyed and I’ve just been moved to share that story.”

The passion of his project has been tracking down and documenting as many of Mostella’s fiddles as possible.

Through photographs, Mathews is hoping to showcase these works of art side-by-side to show the tradition Mostella created with. He said because of their unique construction, no two of them look identical. Some have four or six strings.

Over the past few years he has realized an urgency to complete his project due to more of Mostella’s creations being lost over time.

These visual art pieces were created by hand with simple tools such as a kitchen knife, a saw and trees Mostella sourced from his own property and those nearby. The instruments and art pieces themselves were even held together by glue he made from egg yolk and saw dust.

Today, Mathews personally owns some of these fiddles and reflects heavily on the time he spent with Mostella during the last few years of his life.

“Ever since I got to know him 20 plus years ago, I’ve been really interested in doing something to document his story and kind of help preserve his legacy,” said Mathews.

He is currently working with a photographer from the Birmingham Museum of Art to begin documenting the found pieces.

He is still within the first few phases of his project as he asks those around St. Clair County to share these instruments and allow him to photograph them for a museum catalogue. Mathews said the final product will include information about his life, photographs of Mostella, and transcriptions of the songs he would sing.

Mathews said the process has been encouraging because every fiddle owner has known they own something unique, and they bring their own enthusiasm to the project

“As much as I’m looking for the instruments themselves. I’m also interested in memories or stories about Mr. Mostella that anybody might have whether that’s family, friends, neighbors and anyone near him,” said Mathews.

“I’m really interested in documenting the full scope of his creativity, so I’m open to whatever people have,” said Mathews.

Not only do the fiddles carry Mostella’s physical history, his story is one that spans more than a century and reaches back to his grandfather, who was born a slave. His grandfather taught him how to make his fiddles.

Mathews described Mostella’s grandfather as a “legendary” musician and fiddle maker of St. Clair County. Many of the songs Mostella sang throughout his life were taught to him by his grandfather.

“It’s a pretty rare tradition, African American fiddling. A lot of people associate fiddle music with white musicians, but historically that has not always been the case,” said Mathews. “He really preserved this very historic Black fiddle tradition into the 20th and 21st century, which is really unique and significant.”

Mathews said he invites anyone with one of Mostella’s creations or any connection to him to reach out to him at burgin@bhammountainradio.com or call him at 205-335-5608.