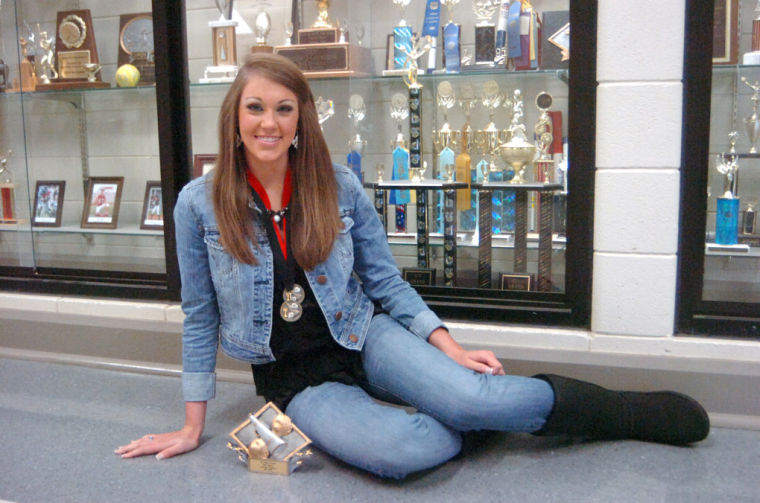 Karli Buckner displays the plaque and medals she received as captain of the all-county varsity cheerleading squad. 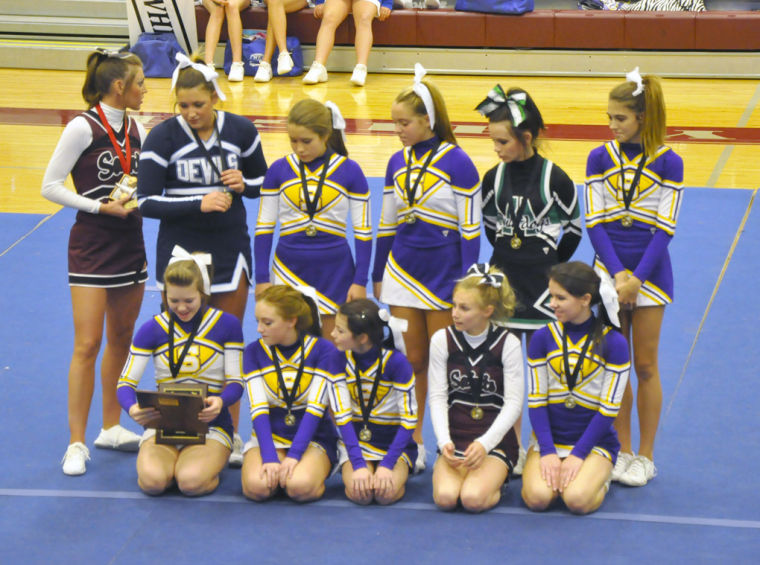 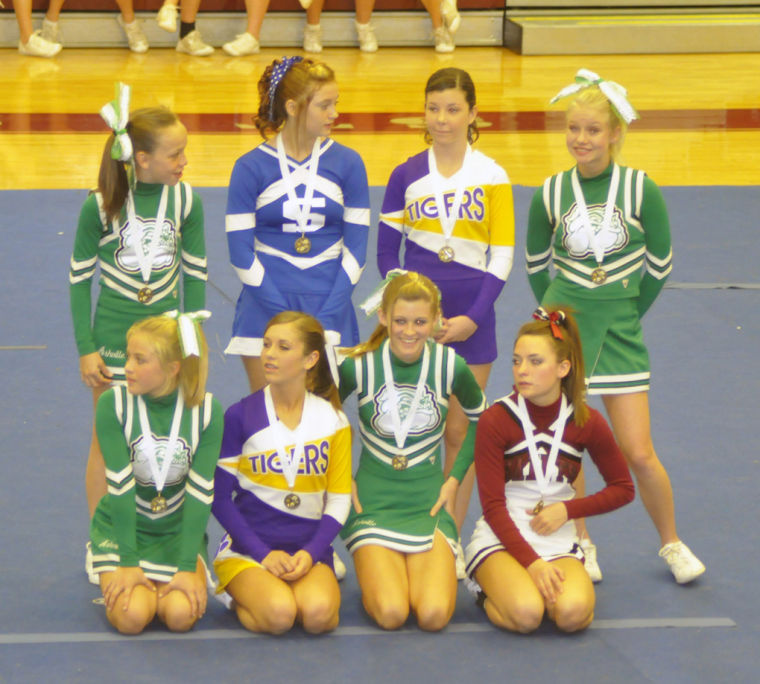 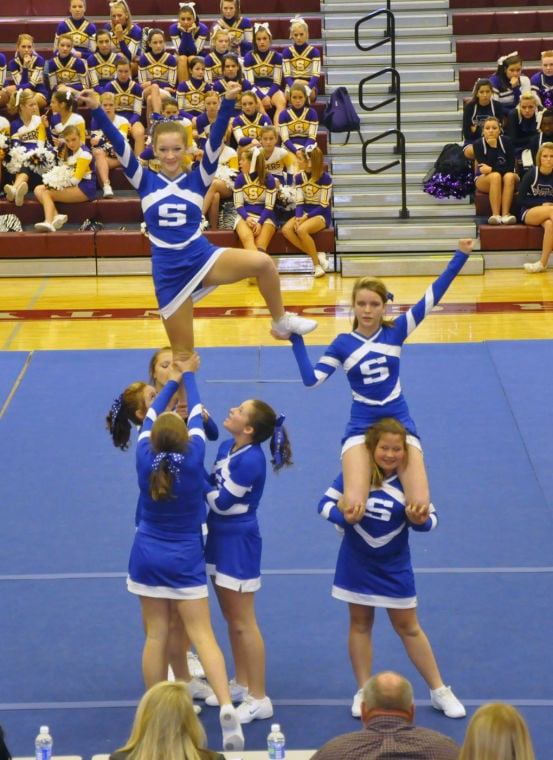 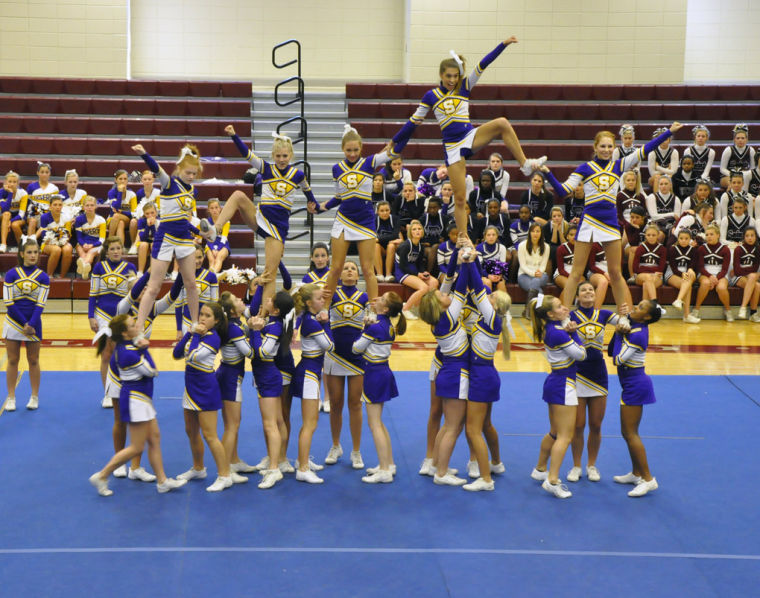 Springville was among the 11 teams taking part in the county cheerleading competition. 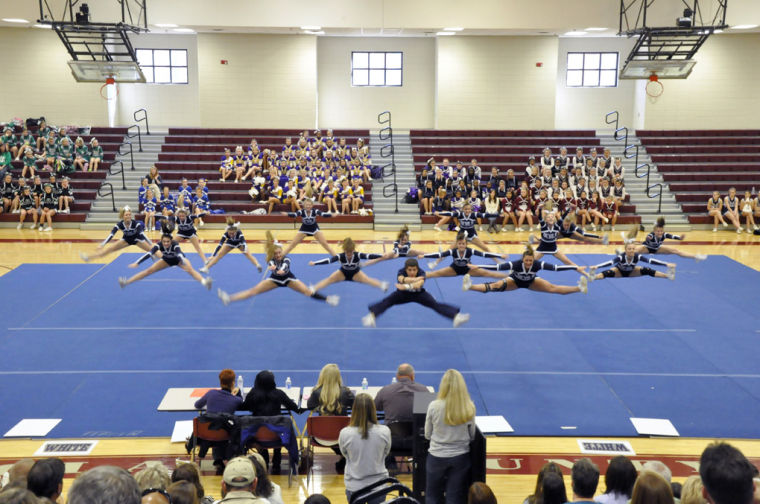 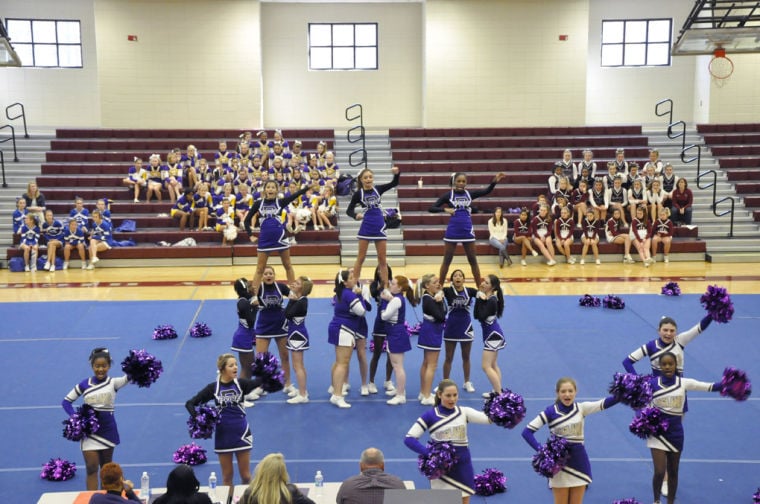 Karli Buckner displays the plaque and medals she received as captain of the all-county varsity cheerleading squad.

Springville was among the 11 teams taking part in the county cheerleading competition.

Karli Buckner believes leadership is the most important quality a cheerleader can have.

“If you don’t have leadership on a team, things will fall apart,” she said.  It’s a quality that served her well at the county cheerleading competition this month.

For the second consecutive year, Buckner was chosen to lead  St. Clair’s all-county cheerleading squad, having also been named captain of the all-county junior high squad as a seventh grader.

“It makes me feel really good,” the junior at St. Clair County High School said.  “I love the feeling of being part of a team and bonding.”

Buckner also discussed the role of a squad captain, why cheerleading should be viewed as a sport and her hopes of cheering for the Crimson Tide.

The role of a cheerleading captain:  “Making sure everyone does what they’re supposed to and keeping things organized.  And a captain is a role model.”

Cheerleading’s biggest challenge:  “Making sure your routines are precise and perfect.”

Her reply to the view that cheerleading isn’t a sport:  “That is most certainly not true.  It is as much of an impact sport as football or basketball.  We have to practice just like other teams do, and it’s very competitive.”

Other school activities:  Beta Club, FTA, Quill and Scroll, and yearbook staff.  She also runs 100m and 300m hurdles and competes in the high jump for the Lady Saints’ track team.

Her parents:  Allen and Renea Buckner.

How she describes herself:  “Very active, busy, kind of spontaneous, independent, a leader.

After high school:  “I want to go to Alabama and cheer and eventually get into the nursing program there.  I’ve always wanted to go there, and this was the first year for their all-girl cheerleading team.  It’s given me a lot of hope that I can actually cheer there.”