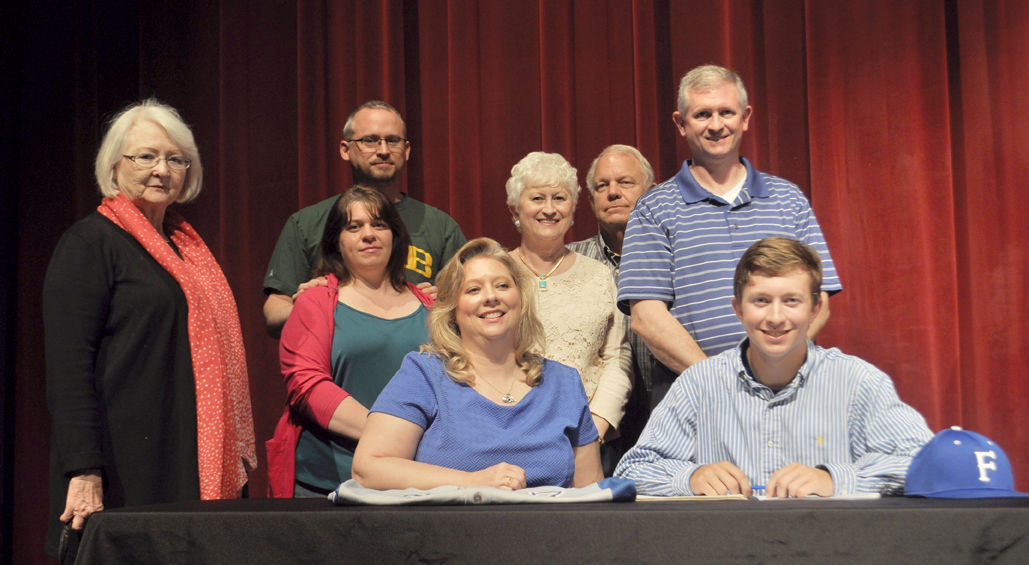 Senior Jake Davis, far right, celebrates his scholarship to Faulkner University in Montgomery with his family during a signing event at Pell City CEPA on April 1. 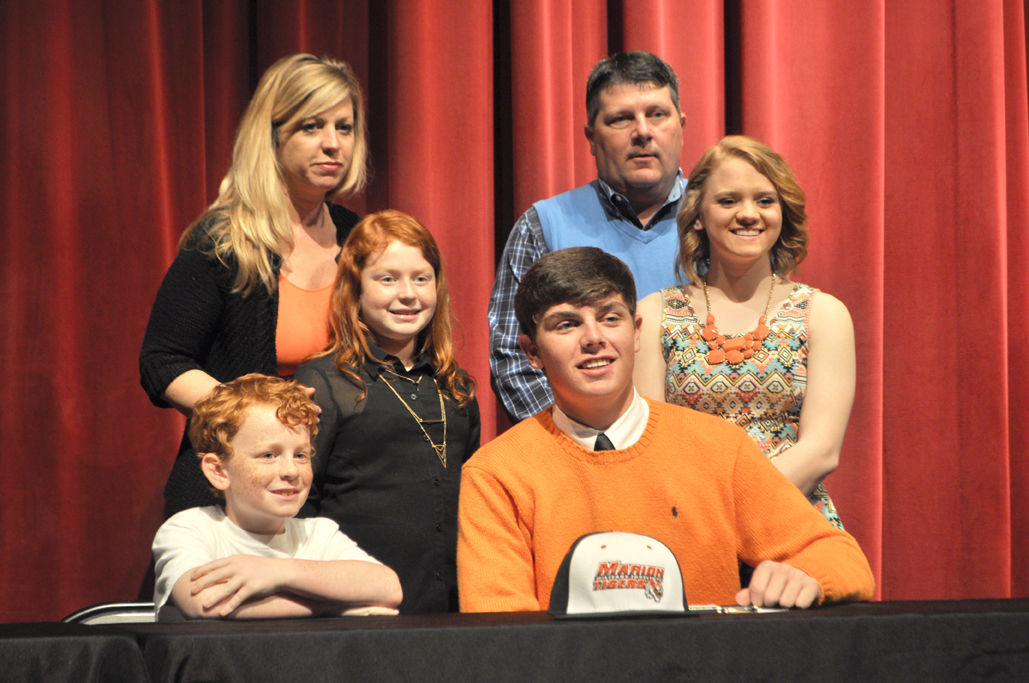 Senior Miles Masters celebrates his scholarship to Faulkner University in Montgomery with his family during a signing event at Pell City CEPA on April 1.

Senior Jake Davis, far right, celebrates his scholarship to Faulkner University in Montgomery with his family during a signing event at Pell City CEPA on April 1.

Senior Miles Masters celebrates his scholarship to Faulkner University in Montgomery with his family during a signing event at Pell City CEPA on April 1.

This week, Pell City High School celebrated seven exceptional student athletes as they accepted scholarships to continue competing at the next level.

On April 1, in what Athletic Director Brooks Dampeer called the “most guys to sign at once” for Pell City High, hundreds of friends and family gathered in the Center for Education and the Performing Arts (CEPA) to watch the event. Seven students signed scholarships, four for football and three for baseball.

“One thing I can say about all these guys is they came to work every day doing the right thing,” Dampeer said. “They set a good example, and they were all self-motivated. So, that makes it easy as a coach.”

“It’s really awesome to let baseball extend your academics future,” said Andrew Tarver, head baseball coach at PCHS. “It costs a lot of money to go to college, and this is a great way to help out your future.”

Dampeer said Javon came to Pell City during the 2014 season. He was primarily featured as a running back, but also played outside linebacker for the Panthers. “There was no doubt he could play at the next level,” Dampeer said. “I’m sure he’ll be successful in whatever he does.”

Milton was a three-year starter for the Panthers, primarily playing outside linebacker. He also took on the role of running back when needed. Dampeer said Milton excelled in setting a good example through his dedication to the team.

Devon started for the Panthers for more than two seasons. Dampeer said he was a top-tier cornerback for the team, but when asked Devon would help out the offense by playing wildcat quarterback, wide receiver and running back.

Dampeer said Alex started on the offensive side of the ball at halfback and tight end before finding his niche his senior year as a defensive end. “He’s got a motor that was always running 100 miles per hour,” Dampeer said. Alex will join Panther teammate Jonathan Spears at Lindsey Wilson. Including Spears, five players from the 2014 team have signed scholarships.

Pell City Baseball Coach Andrew Tarver praised Tanner’s drive to improve. Tarver said Tanner not only worked tirelessly on his pitching, he also took up cross country for the Panthers to improve his conditioning. “This guy ran 300 miles this year for cross country alone,” Tarver said.

For the Panthers, Tarver said Miles was go-to player. He would fill any role that came his way, playing pitcher, first base and third base. “Miles is a great competitor; he’s a winner,” Tarver said. “He works hard every day, and he’ll do whatever it takes to improve our chances to win.”

Coach Tarver called Jake out as “the ultimate team player.” Jake played second base all his life, Tarver said, up until this year when the team needed him to switch to first. “I just want thank you for doing that,” Tarver said to Jake. “You not being selfish, I want you to know it means a lot to us.”