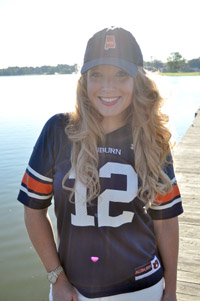 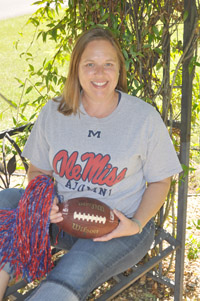 AUBURN update: I was right about two things last week: first, that Auburn would score against Georgia; and second, that Jordan-Hare was the loudest it's been all season (and as far back as anyone can remember…)! With what looks like two weeks to prepare for both teams, our great state is in store for an epic Iron Bowl. Here's for hoping the ball get's "tipped" our way! WAR EAGLE!

Not much riding on this game, everyone is counting down to the Iron Bowl where winner takes all for the West. Alabama by a landslide.

Mississippi State by a touchdown.

If the same Georgia team shows up that Auburn played last weekend, Kentucky doesn't stand a chance. Georgia by 24.

What do you get when you mix two of the better offenses in the SEC? The Aggies and the Tigers throwing down! Both teams are coming off a bye week- which should mean they are rested and ready to play football! In a high-scoring game- Johnny Football, Mike Evans, and the Aggies by 7.

Missouri hasn't won the East just yet, but the Tigers have been very impressive. The Rebel's home field advantage and a four game winning streak should help even the playing field. Missouri by 10.

With Vandy having built up some momentum coming off of two SEC wins, and Tennessee coming off of a much needed bye week after playing five top fifteen teams in a row, this one has the potential to be better match-up than anyone has anticipated. Look for the Commodores to upset the Volunteers in a close game.

Ole Miss v. Missouri-  I am picking Ole Miss by 3.  This should be a good game, and I am hoping my Rebs can pull out the W.  Hotty Toddy!

Mississippi State v. Arkansas-  I am going to take State by 3.

Vanderbilt v. Tennessee-  I will, reluctantly, choose Tennessee by 3.

Kentucky v. Georgia-  I predict that GA will win by 24.  I imagine they are still a little sore about their unexpected loss to Auburn last weekend, so Kentucky will catch the brunt of that disappointment.