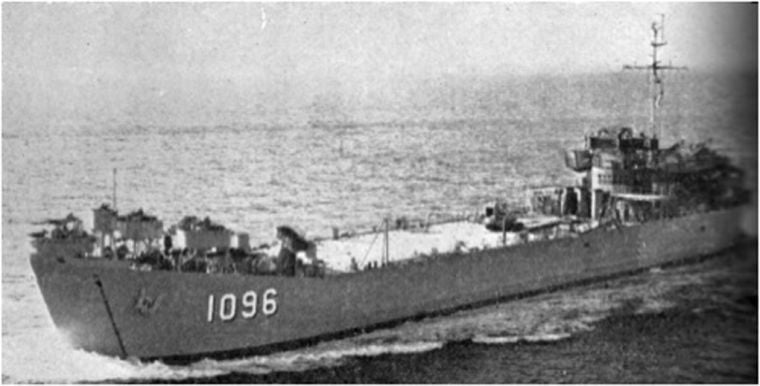 The USS St. Clair County served for 43 years in many capacities before being scrapped in 1988. 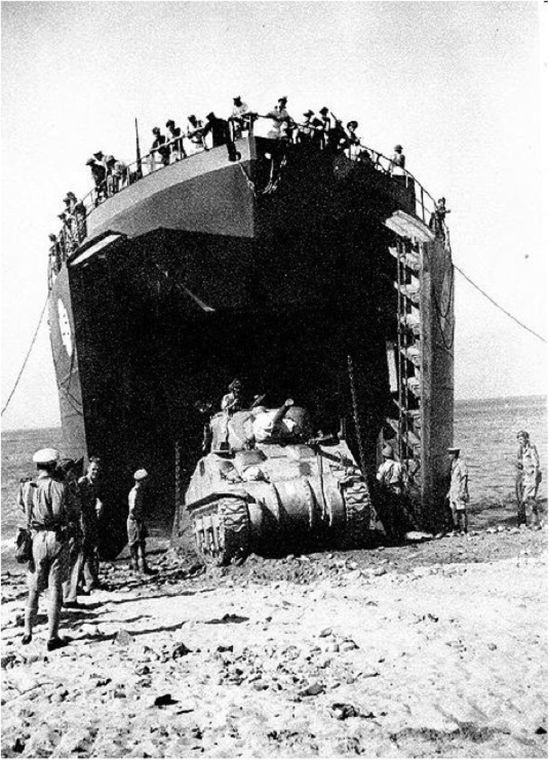 The flat-bottomed ship landed craft on beaches in the Pacific during service in three wars.

The USS St. Clair County served for 43 years in many capacities before being scrapped in 1988.

The flat-bottomed ship landed craft on beaches in the Pacific during service in three wars.

It’s hard to imagine that St. Clair County would have a ship named after it, but that is one of the little historical facts that have been lost over the years.

Not only do we have a ship named for the county, but a ship that served with honor in three wars.

Like many of the old WWII veterans, the USS St. Clair County has passed on, and the metal from its hull made into consumer products that may have past through our hands and homes.

Built with a flat bottom it could disgorge her cargo directly on the beach. Close to 1,000 were built during the war, and served for nearly 50 years in the U.S. Navy.

LST 1096 was named after  St. Clair County. It served in three wars and earned one Battle Star in WWII, three in Korea, and two in Vietnam.

The St. Clair was launched  and commissioned in  1945, and prepared for duty in the Pacific. It saw action in  the Marshall Islands, the Marianas, the Western Carolines and  supported operations in the Ryukyus.

It moved up to Luzon, but, with the Japanese surrender, the St. Clair returned to Okinawa with occupation troops.

It carried troops and supplies from the Philippines and Okinawa to Japan. Carrying returning veterans, it arrived at San Francisco in mid-January 1946.

Ordered deactivated, it moved to Astoria, Ore., for “mothballing” and berthed with the Reserve Fleet where she remained through the end of the decade.

In June 1950, the North Korean Army crossed the 38th parallel into the Republic of Korea. As a part of the American buildup, LST-1096 was  recommissioned.

In 1951, the St. Clair headed for Hawaii, Japan, and Korea. It arrived in Yokosuka to take up duties supporting United Nations operations in Korea.  The St. Clair  conducted amphibious exercises in Japanese waters, shuttled cargo and personnel between Japan and Korea, and transported prisoners of war.

In 1954 the St. Clair once again  arrived in Yokosuka to begin her peacetime deployment.

She conducted exercises in Japanese, Korean and Okinawan waters. There, it  participated in “Operation Passage to Freedom,” the transportation of people from the newly created Republic of Vietnam, north of the 17th Parallel, to the National State of Vietnam, south of that line. Operating between Haiphong and Tourane (now Danang), the St. Clair completed its last run from north to south in mid-November, visited Hong Kong, then returned to Japan.

Through the end of the 1950's and into 1960, the St. Clair rotated regularly between training exercises, cargo runs, and overhauls on the west coast and similar exercises and cargo operations with the 7th Fleet in the western Pacific.

During 1960 it also participated in the making of two motion pictures.

The USS St. Clair County sailed west again in 1966, and commenced logistic support duty for combat operations in its third war. After a stop at Okinawa, it offloaded cargo and personnel at Chu Lai, RVN, then proceeded to Subic Bay. In March, the St. Clair moved up to Saigon, and, on April 4, returned to Vung Tau, whence it transited the Mekong and Bassac rivers to call at Can Tho.

The St. Clair shuttled cargo between Chu Lai and Danang. It remained in WestPac through the remainder of the year, ferrying troops and cargo between Cua Viet and Danang and providing logistic support to Riverine forces, (also known as  the Brown Water Navy in the Mekong Delta.)

The St. Clair returned to San Diego to prepare for inactivation. Ordered to Bremerton, she moved north and was decommissioned there on Sept. 26 1969.

In 1975 it was surplused out and became the  LST 5 for a Singapore-based concern, and as the Greek-flagged Petrola 145 for a Panamanian organization. By 1988 at the ripe old age of 43, the St. Clair was worn out and was sold for scrapping, a sad end for a fighting ship of three wars. How many men served aboard her, and were carried into combat is hard to know.

But its service was proud enough to set with the other great namesake, the Battle ship USS Alabama in Mobile Bay.