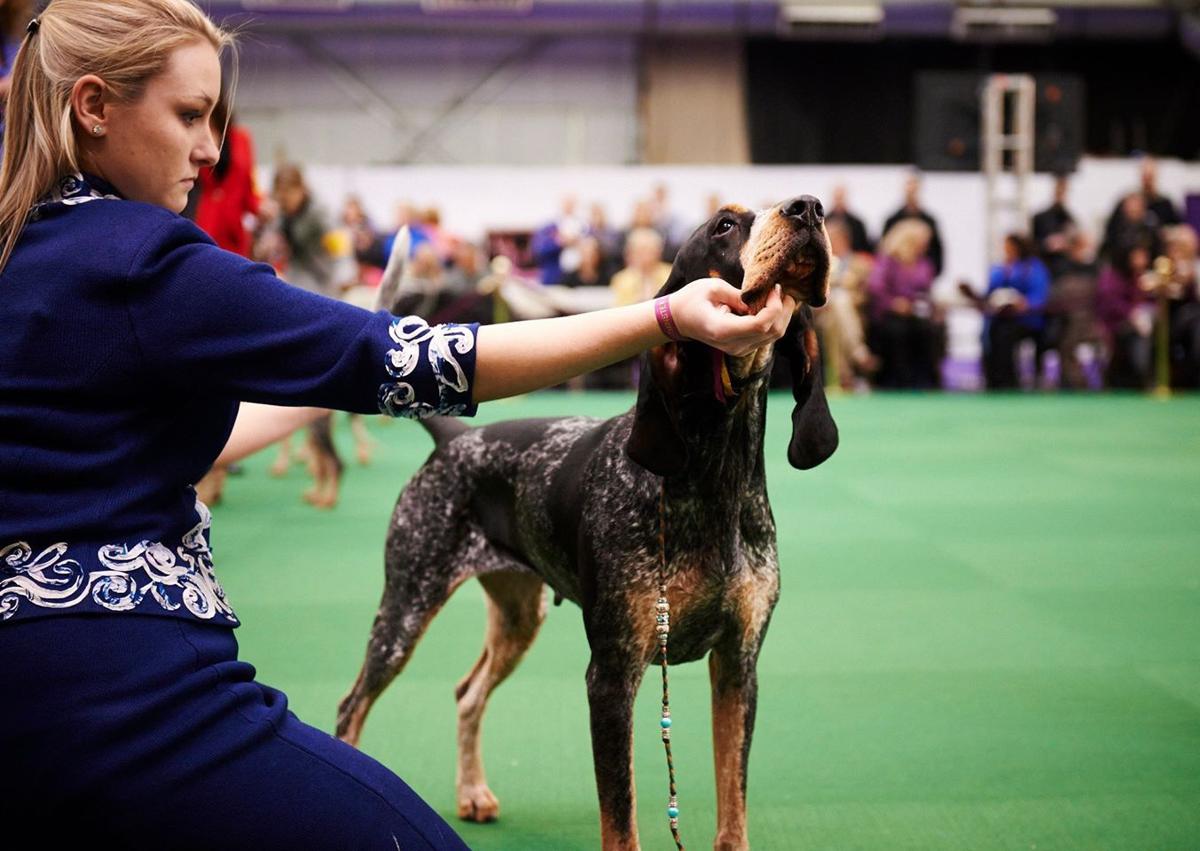 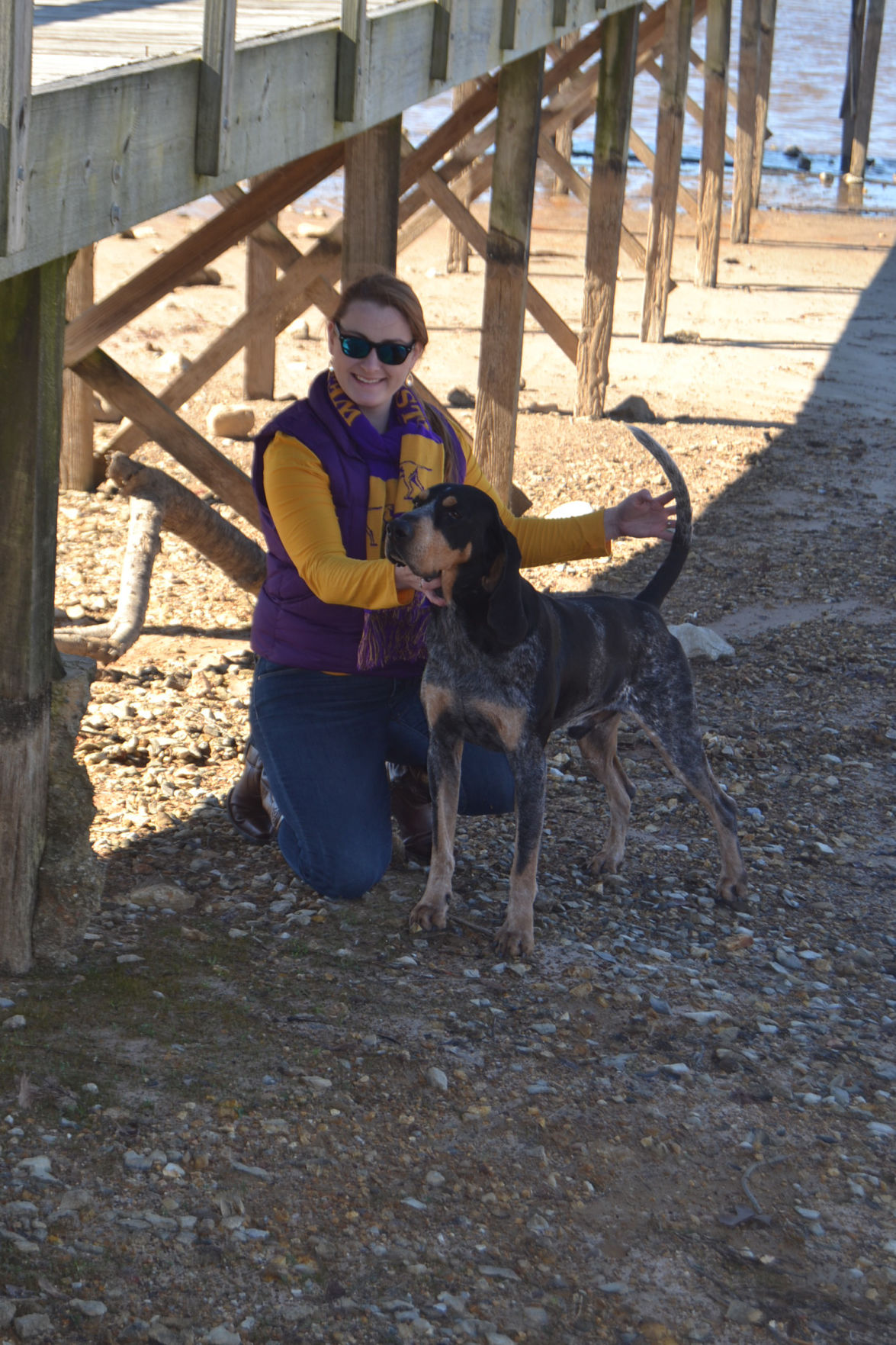 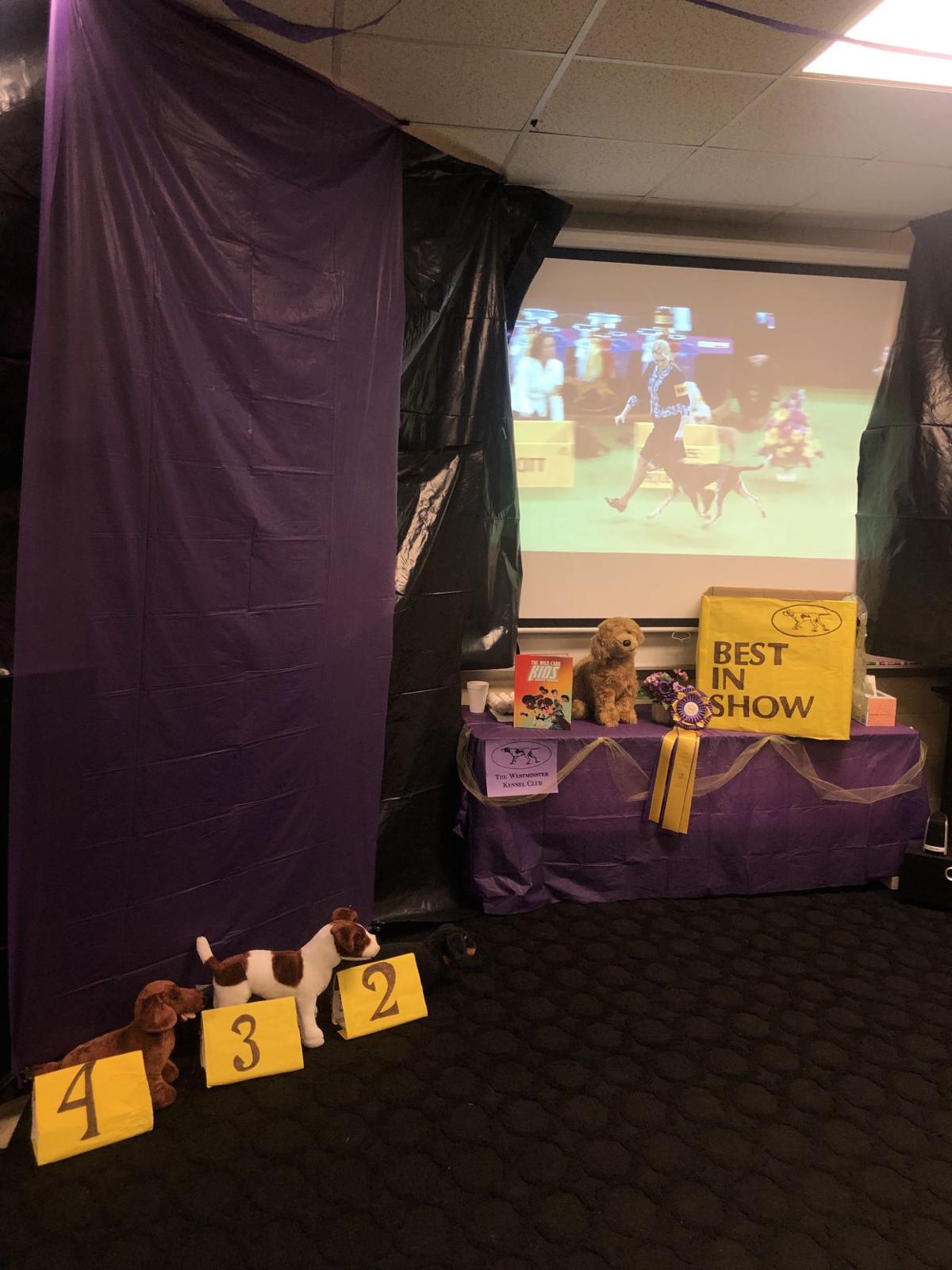 Mrs. Carlisle transformed her classroom into the Westminster Dog Show

Mrs. Carlisle transformed her classroom into the Westminster Dog Show

Brenna Carlisle is a 5th grade teacher at Williams Elementary in Pell City. But what many do not know about Carlisle is that outside of the classroom she is a breeder, owner and handler of top-notch Bluetick Coonhounds. Carlisle is preparing her four-year-old coonhound Noah to compete in the 144th Westminster Kennel Club dog show in New York City.

This prestigious event is invitation only for dogs who are Champions of record. According to the American Kennel Club, “it takes 15 points, including two majors (wins of three, four or five points), awarded by at least three different judges, to become an American Kennel Club “Champion of Record.”

Noah is an American Kennel Club Champion with his registered, official name being CH (Champion) Heritage Make it Rain. Carlisle and her family just call him Noah. His mother won Best Bluetick Coonhound in Breed at Westminster in 2014 and went onto compete in the hound group. Carlisle is hoping this year either Noah or his sister Annie, who is being shown by a professional handler, will make it into the Hound Group.

When Carlisle is not in the classroom, she is training Noah. During the week they train for the show ring then on the weekend they work on conditioning. Carlisle explained that some days are harder than others. "Sometimes we get down on our luck when we do not win a show," she said. "But through perseverance we keep training to do better in the next show.”

Carlisle said the most exciting part of raising and training is [removed 'her'] being able to tie it into her classroom. “Being able to show the kids that through perseverance they can achieve anything they put their minds too is amazing.”

Carlisle's students always ask for pictures of the dogs and track their progress. Williams Elementary recently participated in the national challenge "Wild Card Challenge," which enables teachers to teach a ‘wild card’ lesson around a subject the teacher is passionate about. Carlisle transformed her classroom into the Westminster show ring to give them a first hand look at what she will do with Noah at the show.

Carlisle said she chose Blueticks Coonhounds because she wanted to be able to hunt and show with her dog. “I love hounds and they became my first choice,” Carlisle said.

The Westminster Dog Show is February 8-10 in New York City and will be broadcast on Fox Sports 1 and Fox Sports 2.