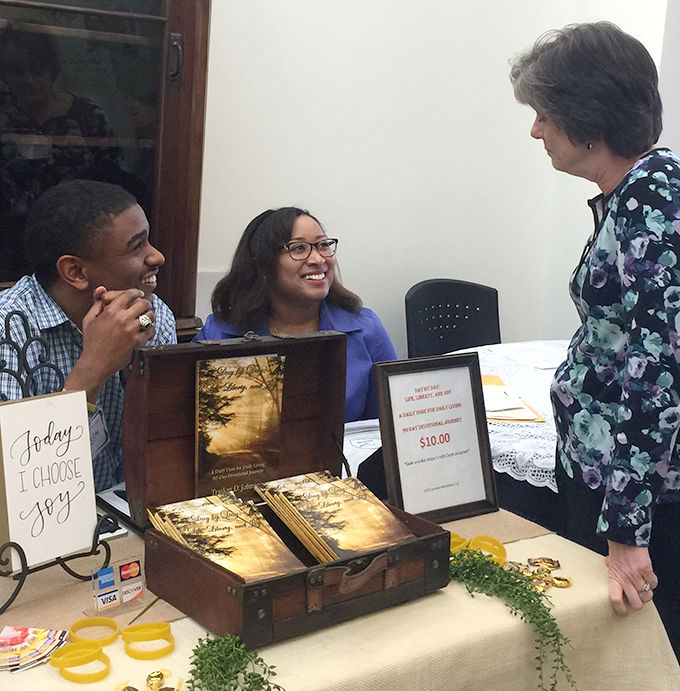 Author Karen O’Kelley Allen in a discussion with fellow author Trailon Johnson and his wife. 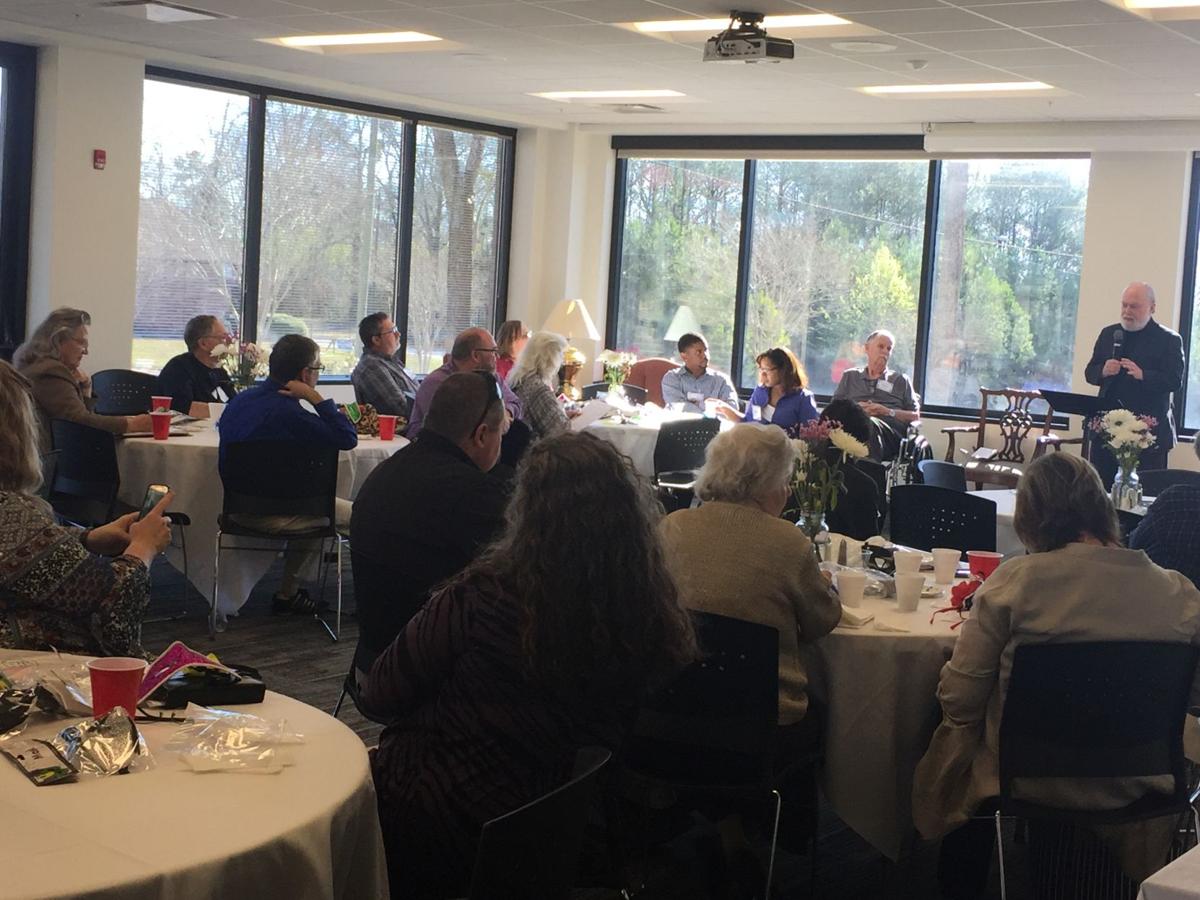 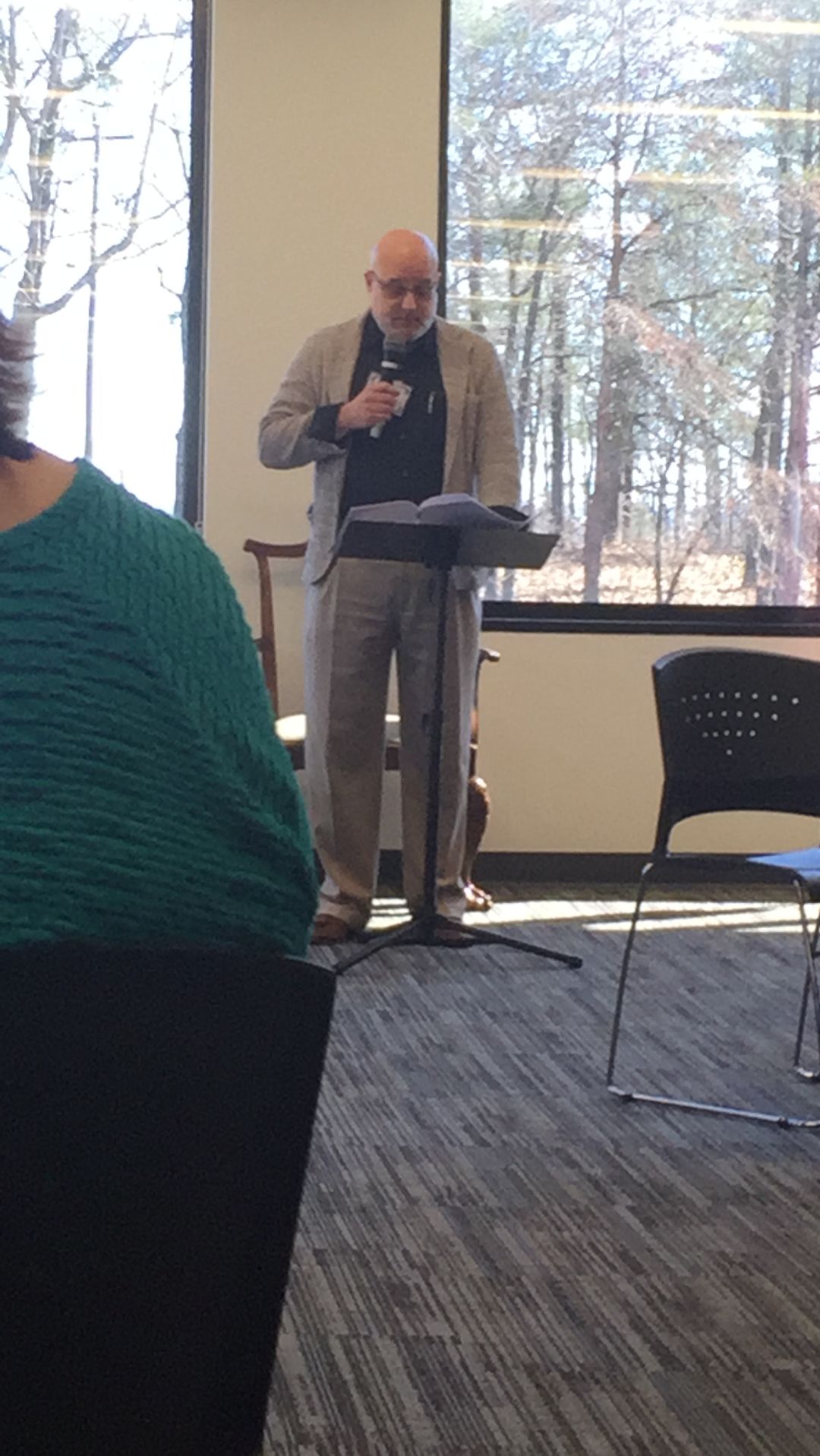 Author and award-winning poet Barry Marks performs some of his poetry. 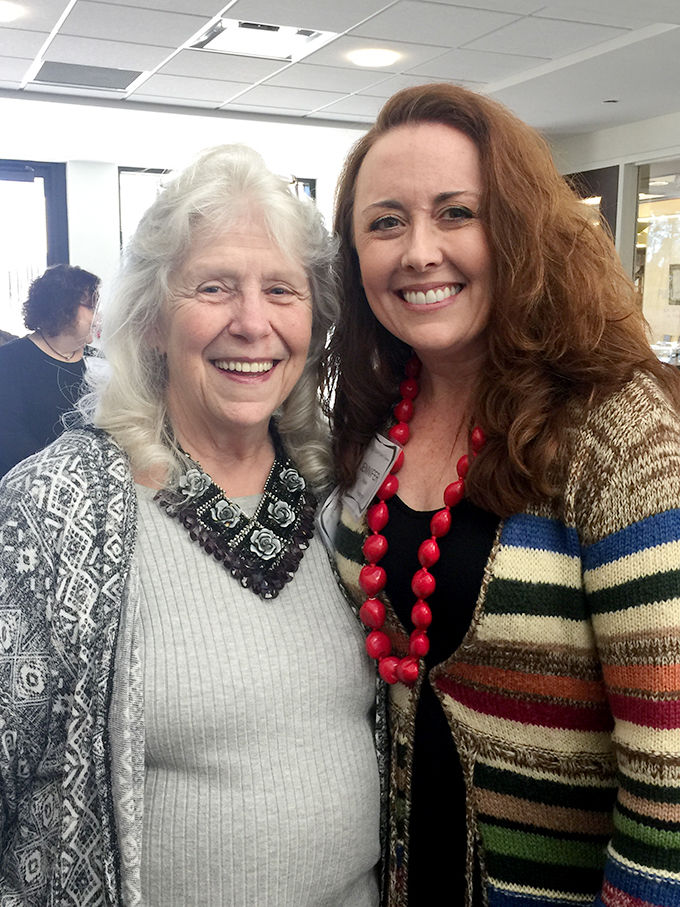 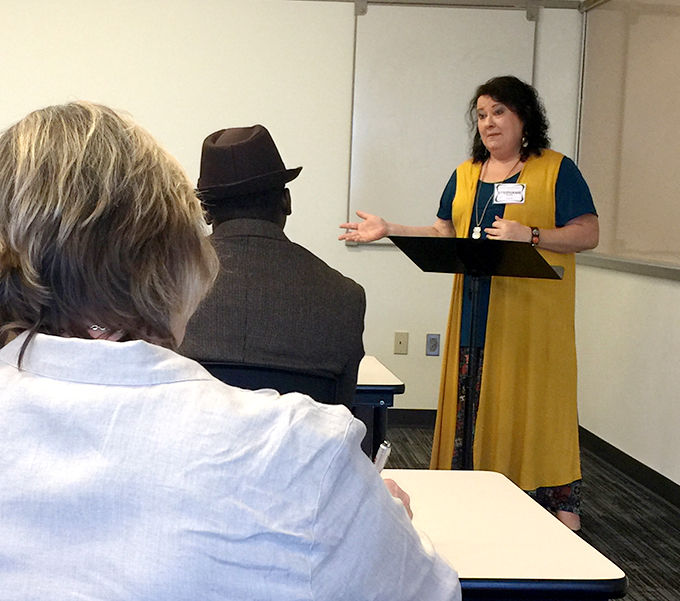 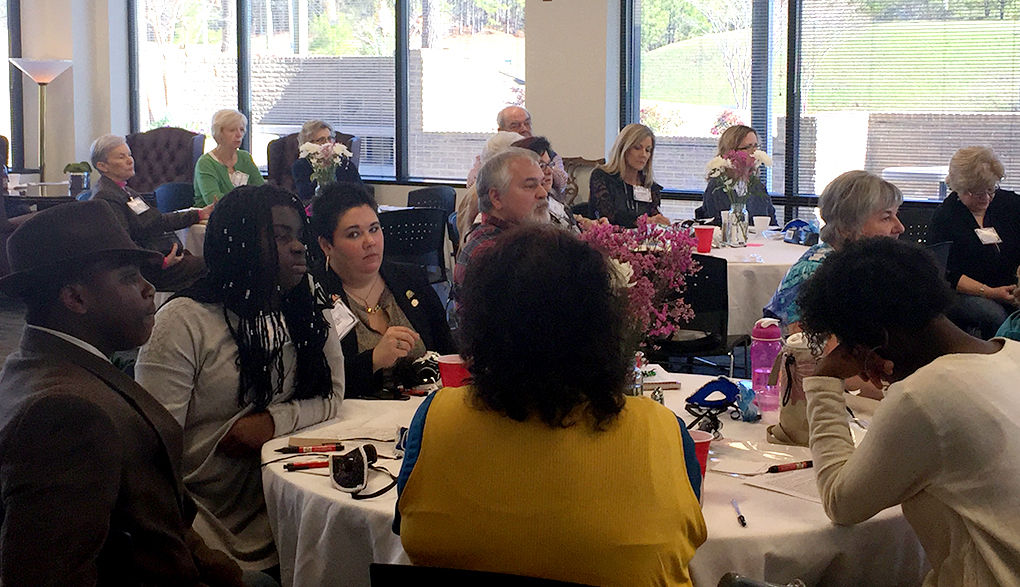 Attendees during the "Ice Breaker" workshop in the Banquet Room. 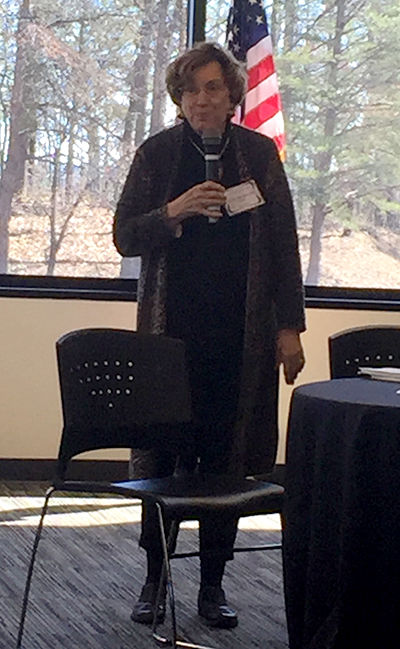 Author Karen O’Kelley Allen in a discussion with fellow author Trailon Johnson and his wife.

Author and award-winning poet Barry Marks performs some of his poetry.

Attendees during the "Ice Breaker" workshop in the Banquet Room.

Authors, writers, and poets from throughout the Southeast met at the Pell City Municipal Complex on Saturday, Feb. 25 for the fourth annual Mid-Winter Writers Conference presented by Writers Anonymous and the Pell City Public Library. Around 75 people attended, including those attending their first conference and seasoned published authors.

Barry Marks, Birmingham attorney, author of three award-winning books of poetry, and past president of the Alabama State Poetry Society, presented a workshop entitled “Automatic Writing: Opening the Floodgates of Your Creativity.” Marks stated, “Given the variety of presentations and enthusiasm of the audience, this is the type of conference that you would expect to see in a much larger city. It is certainly a feather in Pell City’s cap that Writers Anonymous is here to put this on.”

Attendees were able to choose from seventeen different workshops throughout the day, lead by a variety of experienced authors, editors, and professors including Dr. Sue Brannan Walker, publisher and editor of Negative Capability and Poet Laureate of Alabama from 2003-2012. Dr. Walker and Barry Marks also performed some of their award-winning poetry during the provided lunch. Attendees could sit down in an open discussion with Jennifer Rash, editor-elect of The Alabama Baptist, or learn about “Writing to Get Published” from David Bennett, editor of Homelife Magazine, the flagship publication of Lifeway Christian Resources. Other presenters included poet and children’s book author Irene Latham, journalist Joey Kennedy, editor, author, and publisher Ellen Sallas, bloggers and authors Kathryn Lang and Stephanie Rodda, and editor and author Ramona Richards.

The day began with a continental breakfast and an “ice-breaker” workshop presented by Margie Littleton, a high-school Special Education teacher, who encouraged attendees to get outside of their comfort zones, get to know one another in a fun environment, all while wearing masks. Two Keynote speeches were given. The first was “How to Write Good Without Knowing Nothing: The Art of Bypassing Creative Speed Bumps and Grammatical Overload,” presented by Jim Reed, author of several books, editor of The Birmingham Arts Journal, and owner of “The Museum of Fond Memories at Reed Books,” in Birmingham. The second Keynote was “Just Don’t Tell Me It Can’t Be Done!” presented by Rita Aiken Moritz, award-winning poet, author, and founder of Writers Anonymous.

“I continue to be amazed at the potential I see in aspiring writers who come to this conference, “ Moritz shared. “That I can be a small part of encouraging them, believing in them, and challenging them is both a privilege and an honor.” Moritz was also thankful for Susan Mann and Danny Stewart from the Pell City Public Library for their hard work and contribution to making the fourth annual Mid-Winter Writers Conference a success.

The Pell City Municipal building was fully utilized. Book tables were set up in the lobby for authors to display and sell their books. Attendees met for breakfast, lunch, and keynote addresses in the Banquet room, while multiple meeting rooms were used for workshops.

David Bennett, editor of Homelife Magazine, was a presenter at the conference. This was his second year to attend. He stated, “Writers, editors, and laureates gather to share the best of what they do and who they are. It’s a ‘professional down home’ event full of good friends, good humor, and good food. It’s certain a handful of conferees will leave with a publishing deal. I know because I’m their publisher.” He continued, “At the end of the deadline, it’s about relationships. Mid-Winter Writers Conference continues to be a good steward of God’s gifts of creativity, work, and community.”

“I enjoy meeting all the authors and people at the conference. They are great people, great to be around,” said Mysti Milwee, an award-winning artist and published poet from Southside, Alabama.”I love the energy and creativity. I enjoy the various challenges and writing prompts in the workshops. It left my mind in overdrive of creative expression.”

Her sentiments were reiterated by several attendees. This was the first conference for Audrey Braxton Pitt, freelance author and editor. She wrote in her blog audreypitt.com, “What I learned at the conference is that I don’t just want to be a writer, I am a writer. I am a writer because I write. I write because I love to write, because I can write, because I have to write.” She stated that the workshops challenged her to allow the anxiety of writing to go away and just write and she hopes to inspire others to do so also.

Writers Anonymous meets on the first Thursday of every month at the Pell City Municipal Complex at 6 pm. They have monthly writing challenges and read in an informal “round-robin” format. They encourage a positive environment for people to share their poetry. If you would like more information, visit www.writersanonymous.us