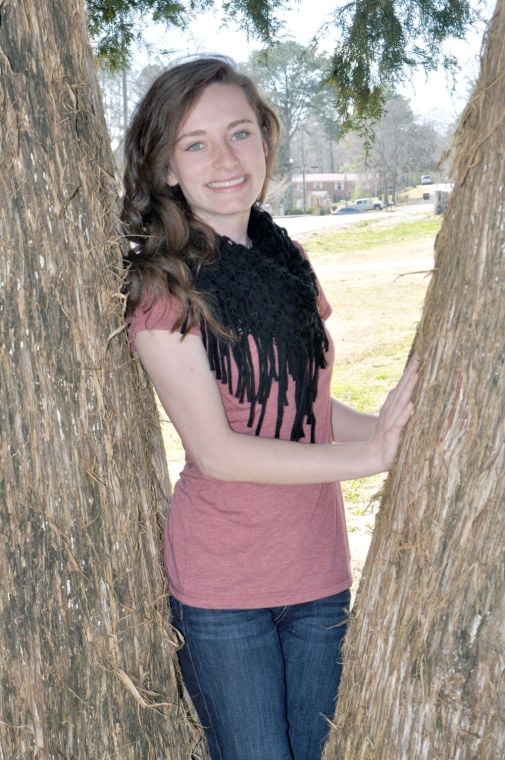 Pell City High School senior Shelby Weaver has entertained audiences with her impressive voice since she was seven. “Singing is not a hobby for me,” she says. “It’s something I’m going to do and enjoy for the rest of my life.” 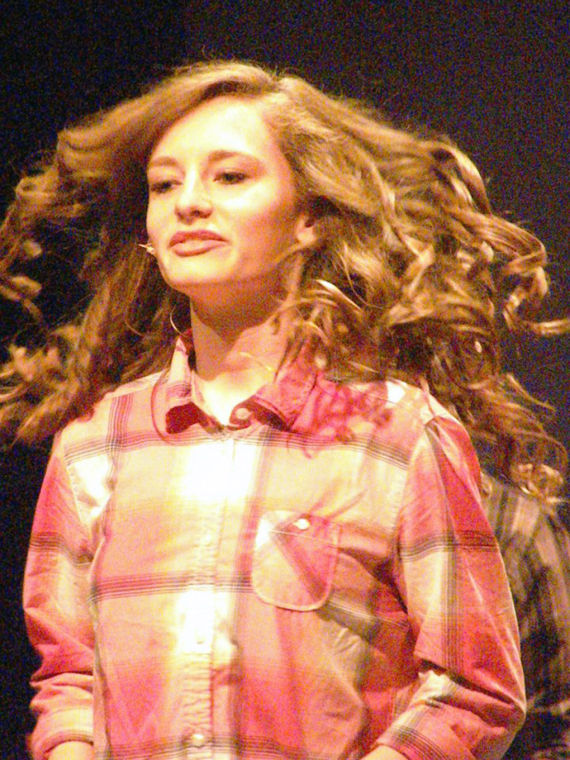 Pell City High School senior Shelby Weaver has entertained audiences with her impressive voice since she was seven. “Singing is not a hobby for me,” she says. “It’s something I’m going to do and enjoy for the rest of my life.”

Shelby Weaver appears to be a quiet, soft-spoken high school student, and she is.

Until she opens her mouth to sing.

The strong, powerful voice resonating from her throat seems almost incongruous coming from the small-statured teenager.

“Everyone always tells me they’re surprised by how loud I am when I sing,” the Pell City High School senior said after auditioning for the gospel and show choirs at Jacksonville State University.  “I think I’ve auditioned for all of their choirs between last weekend and the weekend before.  I love everybody there.  There is so much they can teach me about there about how to use my voice.”

A member of New Hope Baptist Church, Weaver explained her beginnings as a singer, how she feels before, during, and after a performance, and why she’d like to meet one of her favorite vocalists.

Her first time singing on stage:  “I can picture it, but I don’t remember the feeling.  I was seven, and my father was in a bluegrass band.  We travelled all over the place to bluegrass festivals.  After that, I started singing at church and later started leading worship at several churches.  Then I joined the band Perfect Sacrifice, and we play at churches and events.”  Weaver has studied with voice teacher, Marlene Wolfe for three years and performed during Fifth Quarter events at The Brook Besor coffee house following Pell City home football games.

Before a performance:  “Every time I perform, I get the butterflies and that kinda nervous feeling, and I pray that I’ve practiced enough so that everything I’m about to sing comes out right.  I ask God to sing through me so that it will not be me but that he will be the one touching people’s hearts.”

During a performance:  “I love seeing the reaction of the crowd, especially if it’s a song everybody knows.  Seeing the people sing along with you, even when I’m singing Christian music, makes a song so much more powerful when you hear it sung back to you.  It’s amazing.”

After a performance:  “You always have doubts.  You’ll go home and think, ‘That was terrible.  I don’t know why the audience liked that.  How could I have messed it up the way I did?’  But then I realize this is what I love to do and have a passion for.  Singing is not a hobby for me.  It’s something I’m going to do and enjoy for the rest of my life.”

At PCHS:  Weaver is a member of the show choir and has a role in the theater program’s upcoming production of “South Pacific.”  In last year’s staging of “Footloose,” she had the role of Rusty, which was played by Sarah Jessica Parker in the 1984 film.

About “Footloose:”  “It was a great experience because it was the first theater production I’d ever done.  It gave me a lot of confidence because it gave me the opportunity to put myself into a character.  Rusty is a country girl who becomes friends with Ariel, the female lead.  I feel like I related to the character a lot.  She’s very country, so I didn’t have to work on my accent much.  Even the clothes Rusty wore, I had those in my closet.  The big hair was the best part.  It was a lot of fun teasing everyone’s hair out and making it huge.”

Her senior trip:  “I’m going to the Dominican Republic in May, right after graduation, for a missions trip with the First Baptist Church of Pell City.  I’ve never been on one. A couple of friends went to Africa last year, and hearing their stories when they came back really made me want to do it.  I’m excited about learning some Christian songs in Spanish to sing while we’re there.”

Before she can go:  “I’m not looking forward to having to get the hepatitis A and tetanus shots.  I’ve been known to pass out over shots before.”

At college:  “My plans are to major in music education so that I can share with students all the knowledge I’ve gained from my previous experiences plus all the things I’m going to learn at college.  I still want to be a professional singer and vocalist, but I also want to pass on to others my passion and love for music.”

Her favorite styles of music:  “Country music.   I grew up listening to it.  And bluegrass, of course.  Any time I sing with my dad, that’s what I sing.”

A singer she admires:  Martina McBride, four-time Country Music Association Female Vocalist of the Year.  “I got to go see her at BamaFest, and while she was singing, I had one of those ‘that’s-what-I-want-to-do’ kind of moments.  She’s one of those vocalists I really look up to.”

If she could have a conversation with any singer:  “It would be Kari Jobe, definitely.  She’s a Christian singer, and I have all her songs on a playlist.  You can tell she  has those one-on-one moments with God.  To be able to meet her would be amazing.”  Weaver hopes to have the opportunity tonight when she attends Jobe’s concert with Rend Collective in Gardendale.

Her favorite hymn:  “I love ‘Amazing Grace.’  It’s such a great, powerful song.”

Her favorite academic subject:  “Science has always interested me.  I’m taking AP environmental science, and I did the best in the part about animals and the food chain.  I love animals.  When I was younger, I thought I was going to be a whale trainer and a veterinarian, living on the beach and having a farm.”

How she describes herself:  “I try to be humble, and I try not to put myself before others.  I don’t want to be the person always thinking about herself.  I try to love everybody, although it’s hard sometimes.”

Her parents:  Randall and Stacey Weaver.

Her sister:  Aslen Weaver, age 11.  “We’ve started singing together.  We fight like cats and dogs, but when it comes to singing, we’re perfect together.”

If stranded on a desert island with one book, one CD, and one meal:  “The book would be The Bible.  I don’t read much, so that’s the only book I sit down and read.  The CD would be Kari Job, and the meal would be my dad’s steak.”

The food she could eat every day:  “Pizza with bacon, ham, pepperoni, and feta cheese.”

The food she hopes to never eat again:  “Hamburger Helper.”