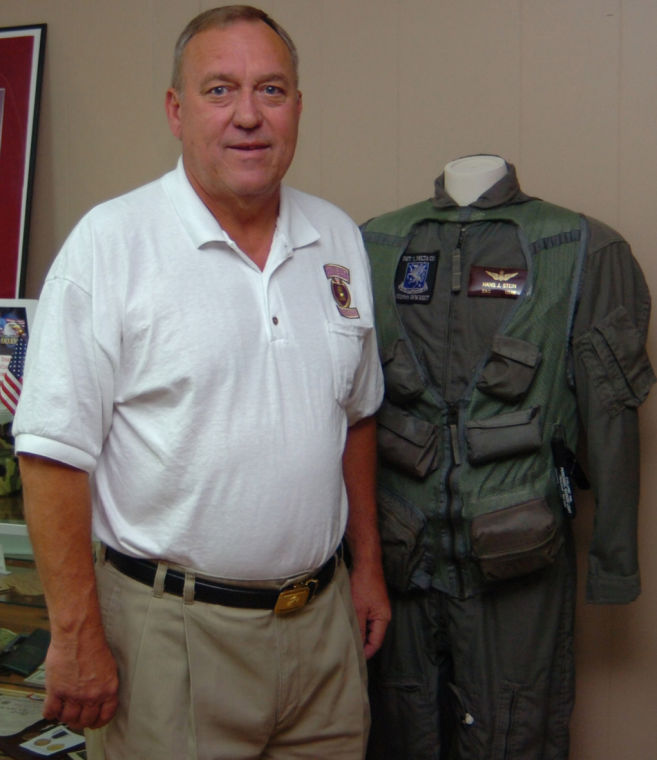 Stein next to his flight suit, which is displayed at the “Hall of Heroes” in the Fortson Museum in Odenville. 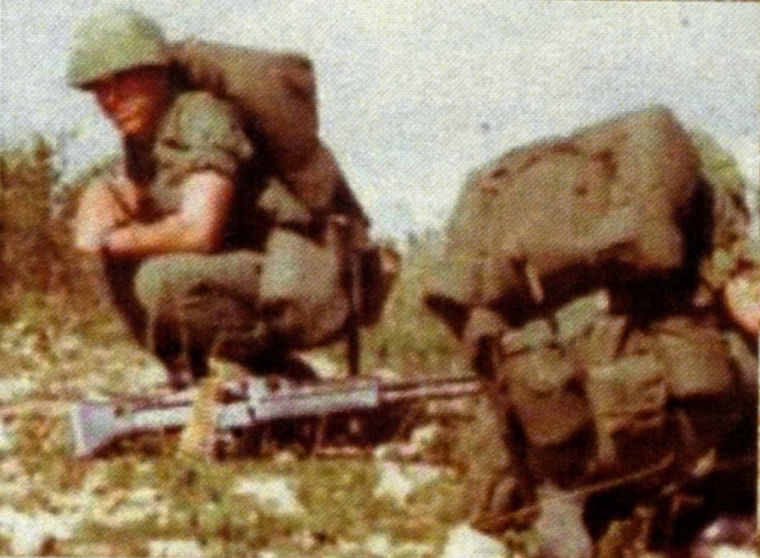 Stein next to his flight suit, which is displayed at the “Hall of Heroes” in the Fortson Museum in Odenville.

An Odenville war veteran risked his life for this country’s freedom, but he is not the hero in his eyes.

Hans Stein, 60, immigrated to the United States with his family when he was three years old. They left behind a war-torn Germany—a war Stein’s father, Harry, fought to end. Harry battled against the Allies, not knowing his son would one day fight for them.

After moving to the U.S., Stein said his father flew the American flag, and Stein also enjoyed being here.

“This was my adoptive country,” he said.

Years later, the U.S. went to war again. This time, they fought a more controversial war in Vietnam.

Knowing his draft number was coming up, he decided to join the Marine Corps after graduating high school.

“I went with the group with the best chance of getting me back home.”

He would make it back home, but not without injuries. Stein received his first of three Purple Hearts after an accident on his birthday, Sept. 3, in 1969. He saw the effects of the war all around him, and sometimes it got too close. After a rocket-propelled grenade hit his bunker, he was the only one left alive.

“Any person who says they weren’t scared was a fool,” he said, “or a liar. I was frightened, to say the least. There’s not an atheist on the battlefield.”

Carrying a lighter that read, “Freedom has a flavor the protected will never know,” he made it through the war and back to America. But coming back was not easy, either.

“When I came home, I was traumatized. I was spit on,” he said. “If you haven’t been there, it’s hard to understand what all took place. There’s no words to explain it.”

He has a piece of shrapnel in his knee, a reminder of his 33 years in the military. He said he depends on other veterans to help him through tough times, since they are the only ones who can understand what he experienced. “We always ask the question, ‘Why am I here and they’re not?’” he said. “There’s a bigger picture. There’s a reason.”

He also said his family—including his wife, a daughter and two sons—was important to him. One of his sons is in the military and has already been deployed five times. Although they do not talk about all of their experiences, Stein said he and his son understand what the other have gone through.

Stein speaks at schools and churches to encourage people to be involved with government services—whether it means being a good student, working hard at their job or serving in the military—to become better people and Americans. He said he wants younger generations to realize freedom is not free or a birth right.

“I tell people… what we need to do to keep Lady Liberty’s torch lit,” he said. “We can pass it on or become a third-world country.”

Stein donated his flight suit and military gear to the “Hall of Heroes” in the Fortson Museum in Odenville. He said the hall is important for the community because it shows people what soldiers did for this country.

“The biggest thing they should do is not forget,” he said as a man came by to shake his hand and say he appreciated his service. “The American dream is still there.”

Stein has been given awards and decorations such as the Combat Action Ribbon, Navy Presidential Unit Citation, Navy Meritorious Unit Citation, National Defense Service Medal and Vietnam Civil Actions Award, to name a few. However, he stays humble and said he remembers those who deserve the most praise.

“I’m not a hero. I’m just a common man,” he said. “Heroes aren’t born, they’re created… My heroes are the people I left behind.”