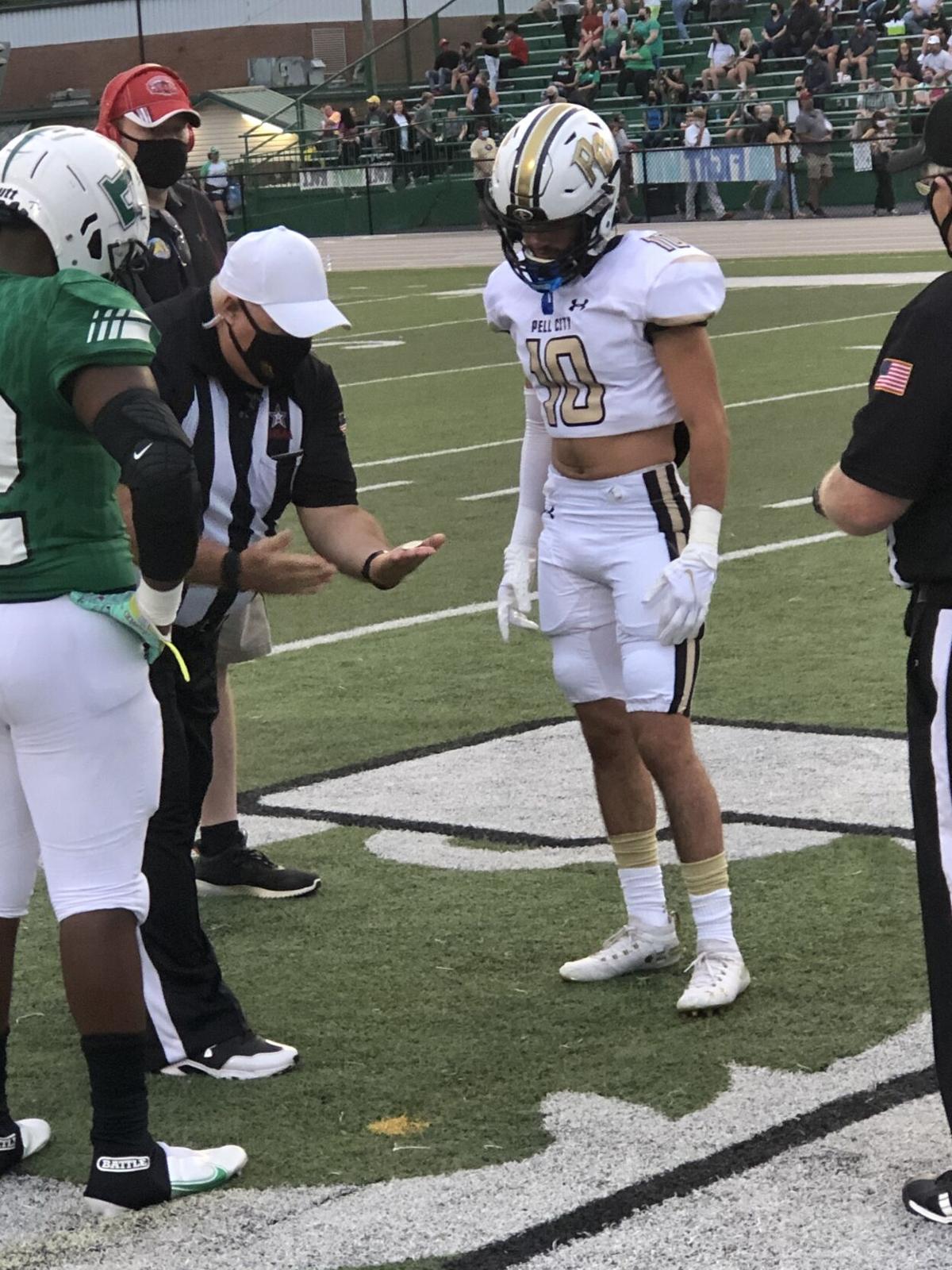 Harrison Faughsnaugh during the coin toss 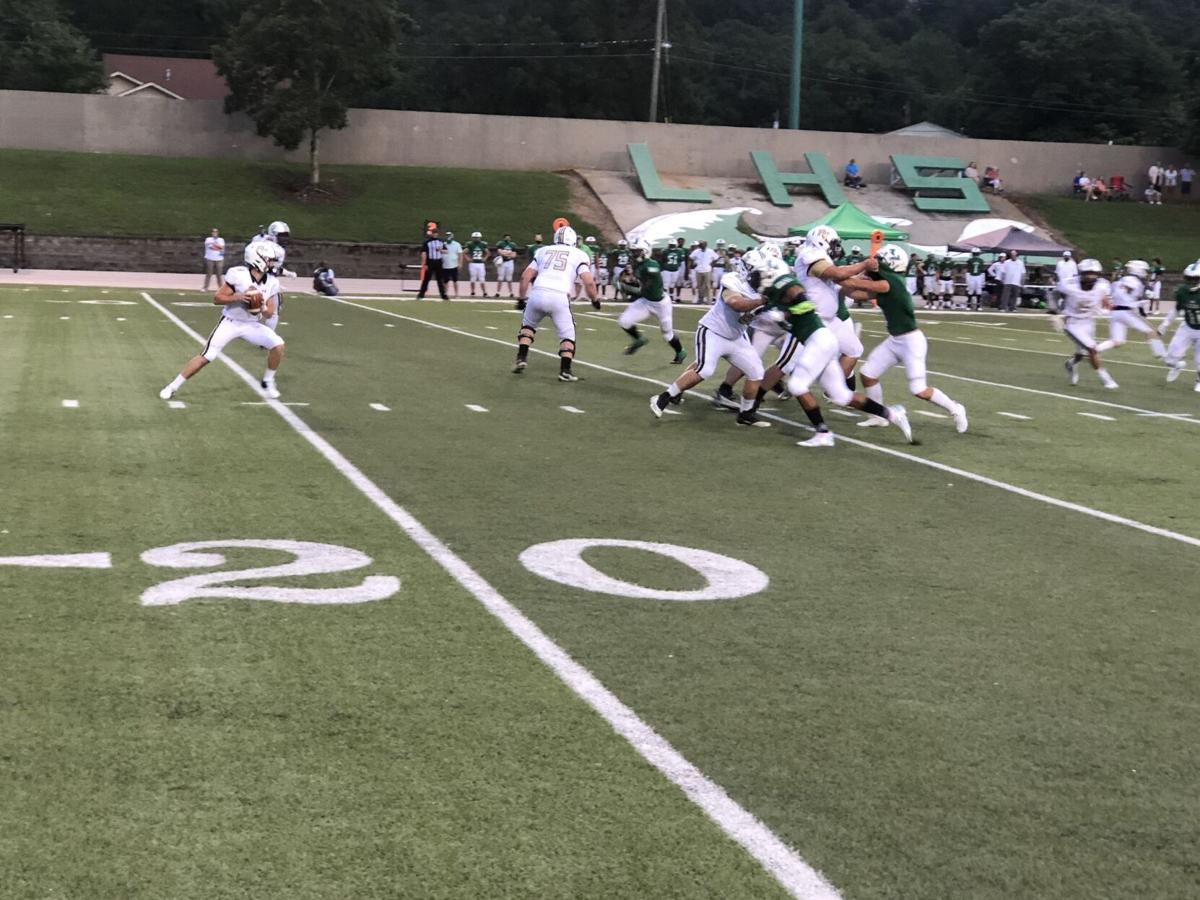 Ryan Aldridge blocks for his quarterback

Harrison Faughsnaugh during the coin toss

Ryan Aldridge blocks for his quarterback

The Leeds Green Wave held off rival Pell City in a hard fought game 20-17 Friday night. Leeds improves to 1-1 while the Panthers fall to 0-1 to start the season.

Coming into the game, Pell City and Leeds had played 32 times and each team had 16 wins each.

Leeds started from their own 30 yard line to open the game. Harrison Fausnaugh got the first tackle of the season for the Panthers. The Pell City defense forced the Green Wave to punt, but Leeds punter Daniel Hood pinned the Panthers at their own 4 yard line. The Panthers turned the ball over on their first play and Leeds’ Christian Douglas recovered the ball in the endzone for a touchdown. The extra point was blocked, but Leeds was up early 6-0.

Pell City's first drive of the season started on their own 32 yard line. The 12 play drive ended with a Saylor Richard 35 yard field goal to make the game 6-3 after one quarter.

Pell City’s Drew Sisson recovered a fumble on the Leeds 12 yard line. Leeds would force the Panthers to attempt a 27 yard field goal that was blocked by Cameron Dunklin.

Pell City’s Quinton Hicks started the second half with a 14-yard run, but the drive stalled and Pell City attempted an unsuccesful 35-yard field goal try.

The Green Wave got going again on offense thanks to a muffed punt by Pell City at the Panther 38 yard line. Two plays later Jeremiah Hunter took the hand off and broke free for a 30 yard touchdown.  The extra was good and Leeds now held a 13-3 lead.

Pell City started the 4th quarter facing a 4th and 2 at the Leeds 49. Baylor Smith completed a 24-yard pass to set the Panthers up at the Leeds 25 yard line. Smith punched the ball in for a score and Pell City’s first touchdown on the 2020 season. The extra point was good and the Green Wave lead was cut to 13-10 with 8:16 left in the game.

Leeds marched the ball down the field eating up the clock and ending the drive with a Rametrius Yelverton touchdown. The extra point was good Leeds up 20-10 with 1:43 left in the game.

Pell City’s Carson Walker took the ensuing kickoff and used his speed to get through the Green Wave return defense and took the ball to the house for a 95 yard touchdown. The extra point was good bringing the Panthers within 3 points.

The Green Wave attempted a onside kick, but Leeds recovered winning the game 20-17.

Leeds will host Lincoln Friday and Pell City will travel to South Side Gadsden.