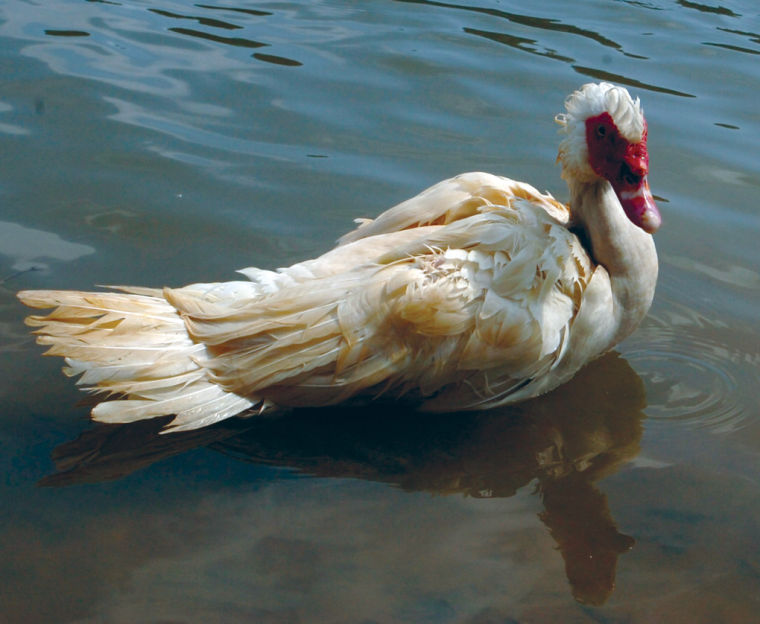 Pell City Animal Control Officer Rose Ogden and Veterinarian Larry Chastain worked to save the duck after it was shot with an arrow. 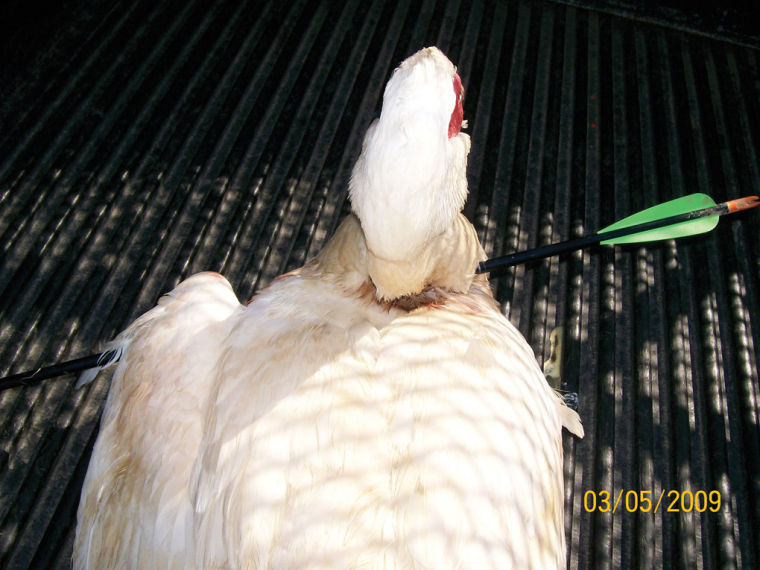 Pell City Animal Control Officer Rose Ogden and Veterinarian Larry Chastain worked to save the duck after it was shot with an arrow.

Last week in Riverside, one of Safe Harbor RV Park’s winged residents was shot with an arrow and was taken into a veterinarian’s care to be rehabilitated before it was released back into the wild on Monday. Pell City Animal Control Officer Rose Ogden said that after receiving an anonymous phone call alerting authorities to a wounded Muscovy duck that she arrived on the scene to find a target arrow impaled through the duck’s front chest cavity and protruding through its side and into its left wing. “When I got there, there was a black duck that was hanging out beside it,” Ogden said. “I guess it was his friend or partner. The duck was sitting on a grassy area and the black duck was staying with it the entire time. It was pretty interesting to me. I’ve never seen a duck be concerned with another duck. But it let me pick it up with a little bit of a fight since it was a wild duck.” Logan Martin Veterinarian Larry Chastain gave the duck antibiotics and removed the arrow. “The problem with birds is that the actual wound can be treated, but the stress from a wound can cause a bird to die,” Ogden, who sees a variety of wild animals in her daily rounds in the greater Pell City area, said. “But it was handling the stress really well.” After three days of rest and rehabilitation, Ogden then returned the Muscovy duck to the water beside Safe Harbor where its was released. Ogden said that authorities are seeking information on who may have shot the duck. “It would be nice to know what happened,” Ogden said. “Was someone messing around and accidently hit the duck or was it intentionally shot? Was it a child that was not supposed to have a bow and arrow? We just want to know.” If anyone has any information, call the Pell City Police Department at 884-3334.