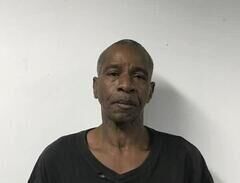 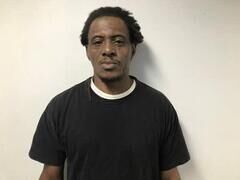 Two Birmingham men are in custody following a breaking at McSweeney Chrysler, Dodge, Jeep, Ram in Pell City and the theft of four vehicles.

Timothy King, 50, and Harold Carey, 59, both of Birmingham were arrested Sunday morning following the incident.

According to a press release by the Pell City Police Department, the suspects entered the parking lot at approximately 8 a.m. Sunday in a 2020 Dodge Challenger that was stolen from Georgia. The men proceeded to break into the dealership, took keys and drove off in three new Ram pickup trucks and a new Jeep Grand Cherokee. Then proceeded westbound on Interstate 20.

Both Pell City Police and the St. Clair County Sheriff’s Office responded to the scene.

The press release further stated the officers and deputies were able to stop the challenger on I-20 and arrested King during the stop.

Officers continued to pursue the stolen vehicles into Birmingham and Center Point, where they were assisted by both the Birmingham Police Department and Alabama State Troopers.

One vehicle was involved in an accident and Carey was arrested on the scene and is in custody on four charges of theft of property in the first degree. He is being held at the St. Clair County Jail on a $150,000 bond.

King is being held at the St. Clair County Jail on charges of burglary and three counts of theft of property in the first degree. Bond is set at $150,000.

With the assistance from the Birmingham Police Department, two additional vehicles were found. Irwin believes that several suspects remain at large.

“We all work well together,” Pell City police Chief Paul Irwin said. “When law enforcement agencies work together, as we did early on Sunday morning, we can accomplish a lot towards removing these criminals from our streets.”

Irwin asked that anyone with any information on this incident or any other to contact Pell City Police Department at 205-884-3334.