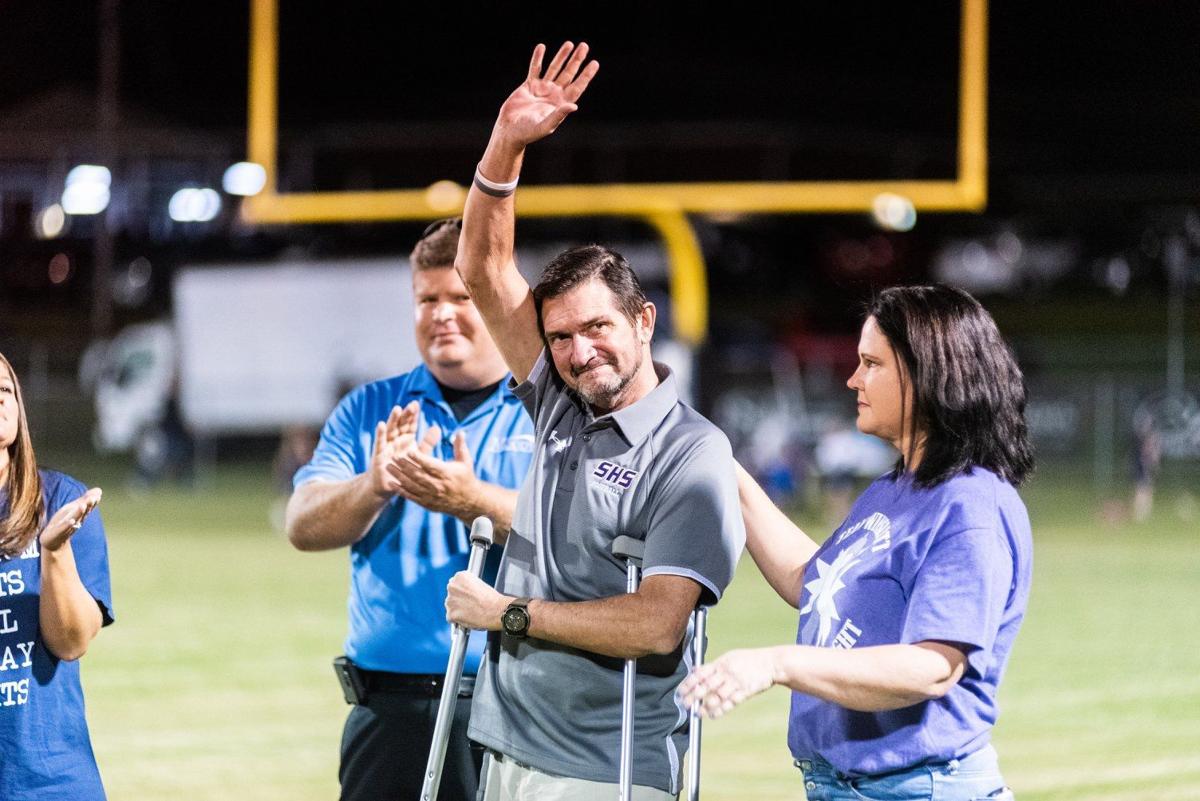 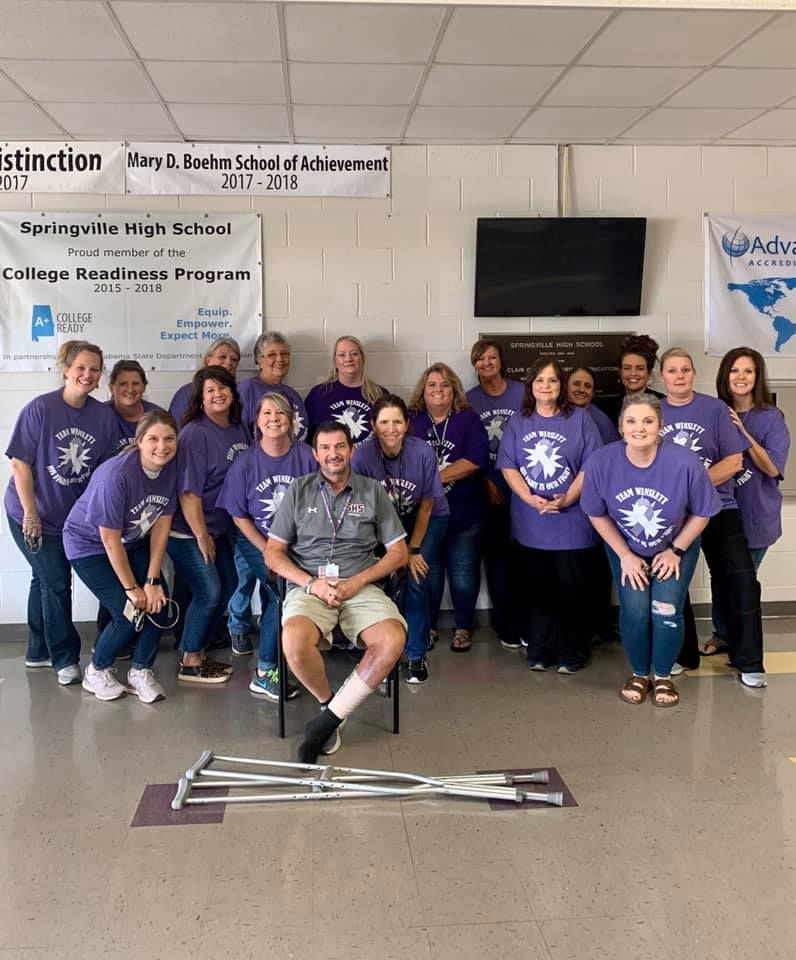 The community of Springville has rallied around the Springville High School Principal Virgil Winslett as he battles are rare, nerve cancer. All around Springville and social media #TeamWinslett can be seen everywhere.

Winslett’s wife, Kathryn is also a third grade teacher at Springville Elementary. The Winslett’s have been educators in the Springville School system for over twenty years.

Winslett is seeking treatment at UAB Hospital and at the MD Anderson Cancer Center in Texas. The travel for treatment is expensive and the community has stepped in to help through various fundraising efforts.

The Springville PTO sold t-shirts to benefit Winslett with the logo, “Team Winslett, His Fight Is Our Fight.”

“Mr. Winslett has always been a huge supporter of the PTO’s efforts,” Springville Schools PTO President, Christa Patterson said. “We wanted to be able to show him that same type of support. It was a no brainer to help facilitate the t-shirt sale in the schools. It’s great that the community has rallied around Mr. Winslett and his family during their time of need.”

There will also be a Warriors for Winslett benefit Motorcycle Ride and fundraiser at Springville High School on Saturday, October 19 with all proceeds going to Winslett. The benefit motorcycle ride will be starting at 9 a.m. and will include live music, food, raffle/auction, trophies given for Best -in-Show, Best Paint, and Best Chrome for motorcycles. The benefit will also include various booths, inflatables and fun activities for all ages. There will be a $5 admission for ages 6 and up. The motorcycle ride will be $20 per bike and $5 per passenger. Registration starts at 9 a.m., with Kickstands up at 11 a.m.. The benefit is hosted by Cyndicates MC Motorcycle Club and Blue Knights Al XII Motorcycle Club.

Several area businesses and churches have also volunteered services, prizes and more. Faith Community Fellowship at Springville will be donating inflatables and volunteers.

Faith Community Church at Springville pastor, Mike Ennis said, “When Faith Community Fellowship Springville learned of the Warriors For Winslett event, of course we wanted to participate. He has been such a blessing to our community that we wanted to honor him and show our support. We are privileged to provide some inflatables and volunteers. More than that, we are supporting him in prayer.”

Also, Argo Hardware, for the month of October will donate a penny for every gallon sold at Pump #4.

Springville and the surrounding communities have rallied behind Winslett and plan to recognize him at the Springville High School football game on Friday, October 18. #TeamWinslett.

CROPWELL - Funeral Service for Billy Joe Rich, age 83, were held Sunday, March 15 at 3 p.m. from the Chapel of Kilgroe Funeral Home. Interment will follow at Valley Hill Cemetery. The family will receive friends Sunday from 1-3 p.m. at the funeral home. Mr. Rich passed away Thursday, March 1…