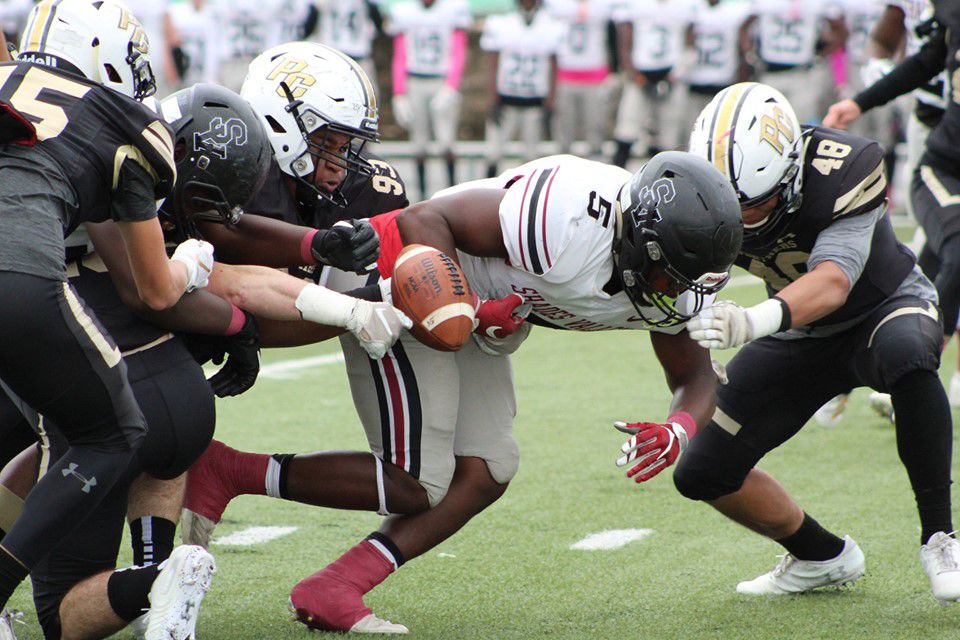 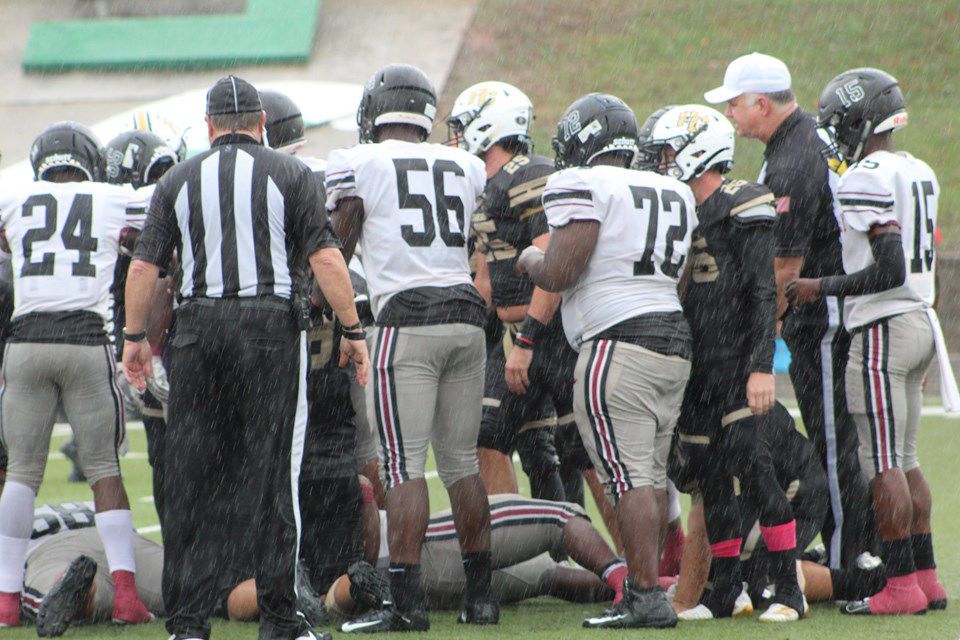 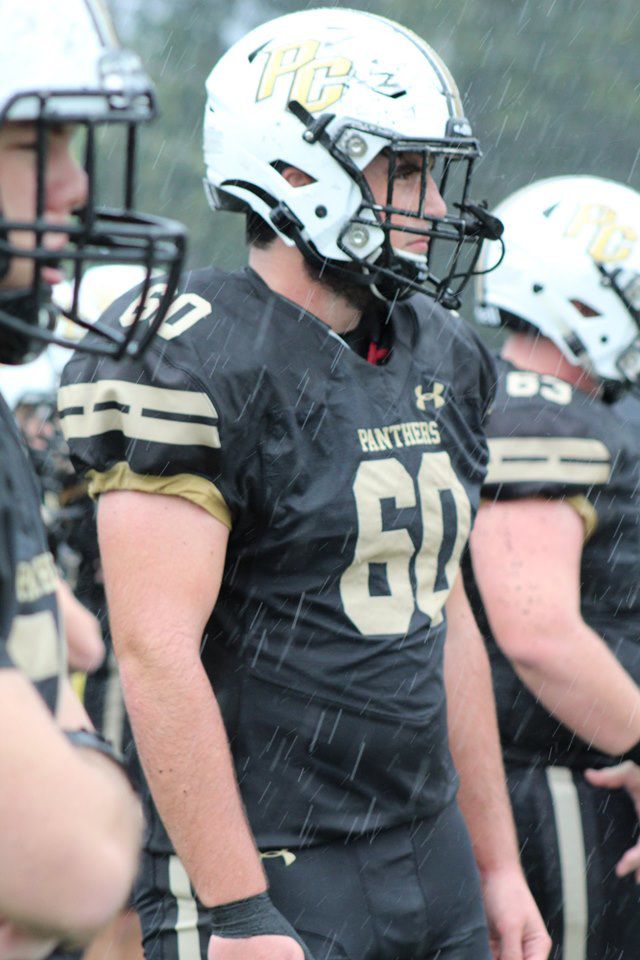 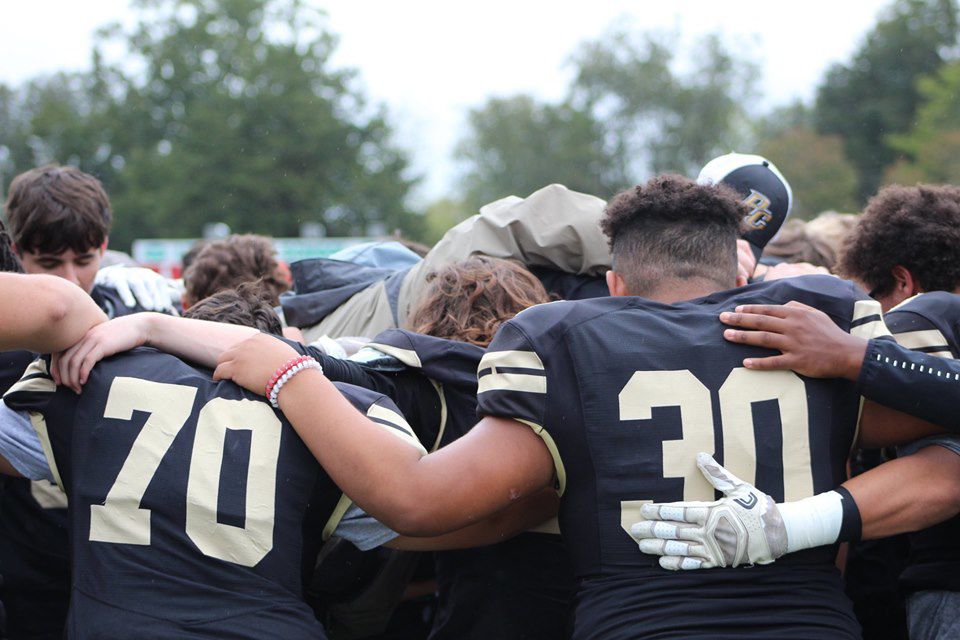 Pell City Panthers pray before the game against Shades Valley. 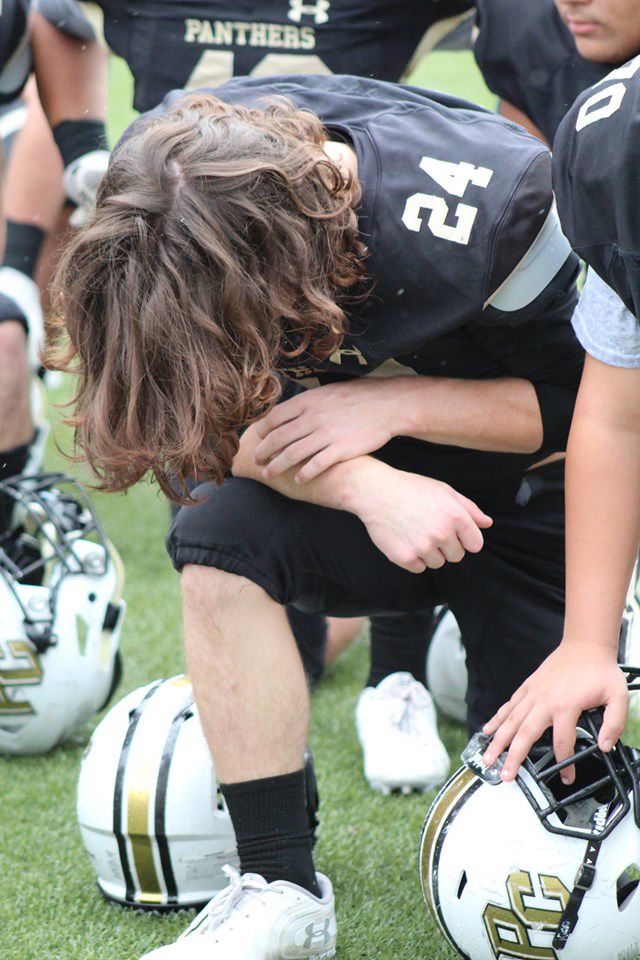 Pell City Panthers pray before the game against Shades Valley.

Ashville’s season finishes this week on the road against the Vincent Yellow Jackets, who have won only two games this season because of the struggles of their defense, which has surrendered 30 points per game over the previous nine weeks.

Vincent’s defense has huge gaps in the middle of the defensive line, which should be a point to exploit for the Ashville running attack. The Bulldogs may want to steer the offense away from senior defensive end JT Youngblood, who has had over 100 tackles this season. Running away from Youngblood will likely guarantee a good day on the ground for the Ashville backfield.

Offensively, the Yellow Jackets fare better. Vincent has a veteran backfield led by senior quarterback Dusty Davis and featured backs Tae McGregor and Ryan Culliver, who have each rushed for more than 500 yards this season behind a very big and physical offensive line.

It would be a great finish to the season if Ashville can take advantage of the struggling Yellow Jackets. Ashville’s big challenge has been its own offensive production. It is time for the Bulldogs to put out a productive offensive performance to finish the season as promising as it had started two months ago.

After a satisfying and overdue victory last week against Childersburg, the Green Wave catches no slack in the final week of the season as they face off against powerhouse Pleasant Grove, which enjoys an 8-1 record and is ranked No. 3 in Class 5A by the Alabama Sports Writers’ Association poll.

Leeds’ offensive running attack that had started the season with such promise has been worn down gradually through the season. Its toughest test comes this week against a tenacious Spartan defense led by Rodney Groce Jr, a 6-3, 236-pound senior linebacker who could earn All-State honors and has received 25 scholarship offers (Groce has signed a letter of intent to attend Auburn). Groce has lightning-fast closing speed and is a very physical linebacker — and will likely be the best athlete Leeds will line up against all season. Groce and his fellow defensive teammates have been run-stoppers all season, having held opponents to under 110 yards per game.

The Green Wave defense that played with great physicality and fire last week confront a much more formidable offensive attack this week. The Spartans’ best athlete is wideout Xavier Hill, a breakaway star on offense and special teams who has caught the attention of several college programs, including Big Ten schools Iowa and Nebraska, as well as programs closer to home (UAB and Troy).

Besides Hill, Pleasant Grove quarterback Zyquez Perryman has an abundance of playmakers surrounding him, including wide receiver Christian Lewis and the dynamic running duo of Donovan Minter and Tyler Christopher.

Leeds has a winning reputation to restore and has hired the coach to do just that. Now that coach Hood has this initial season behind him and an offseason to plan and prepare, the Green Wave can fight and compete in their final game this week — but also see the kind of team that Leeds used to be and will be again.

Moody is a tale of two seasons — domination against county rivals coupled with split results against non-region opponents, but stumbles against the top tier of its region competition. The Blue Devils’ final opponent falls somewhere in between those two tales — a non-region Talladega Tigers team which is playoff bound with a respectable 5-3 record and a mixed history against Moody.

The Tigers have some strong, athletic skill players, led by the flashy dual-threat playmaking quarterback Nigel Scales, who has been brilliant against lesser opponents, but bottled up and neutralized by better defenses like Munford and Lincoln. Moody’s defense should have some success against Talladega’s running attack, but its secondary will be tested this week — Talladega has two very good receivers in Michael McGregor and Chris Burney. The Blue Devils’ secondary coaches are going to have to come up with a way to cover both sides of the field in the 10- to 20-yard passing zone, which the receiving duo from Talladega has been very good at exploiting this year.

As for Talladega’s defense, the Blue Devils have the players to get after them with its versatile running attack and ever-improving short passing game. Talladega’s losses have exposed a defense with a tendency to melt in the second half of games. Moody’s offense must stay in the game and stay tough throughout to take advantage of any meltdown late in the game.

The Panthers finish the year against Chelsea — a 4-5 team that is better than its record indicates. The Hornets did qualify for the postseason as their region’s fourth seed and are coming into Pell City with a lot of motivation and a high-octane offensive team that has scored 272 points this season.

Pell City hopes to get its offense back in gear this week after producing only three points over the past three games. Chelsea’s defense is the weaker half of its team, but it does have two quality shut-down cornerbacks that force offenses to look between the tackles for opportunities. The Panthers’ running attack will come up against two solid linebackers in seniors Colby Clements and Jordan Smith, but the ‘Will’ linebacker spot is a rotation that Pell City’s offensive line and running backs can run right through. Pell City needs a good push from its offensive line up front and needs to hammer away at the ‘Will’ side of the defense to find success.

Chelsea’s offense is another story entirely. It’s big, fast, well-coached and productive. Anchoring the offensive line is tackle Charles Parkinson, who has not caught many recruiters’ attention for some mysterious reason considering how he dominates his opponents on every play. Parkinson opens up gaps for Chelsea’s most electrifying playmaker — running back Collier Blair, who has over 1,200 yards of offense this season. One idea is for the Panthers’ defense to key on the tall and skinny quarterback Nic Neaves — but Neaves is slippery in the pocket and has a great target in wide receiver Michael Gibbs.

Pell City’s defense proved last week that it can keep the team in striking distance against opponents like Chelsea. The big question for this season’s finale will be what Panthers offense we will see? It would be a great season-capper to get the offense that we saw during the first half of the season and against Etowah.

After starting out 0-7 it appeared that the Shelby County Wildcats would be the ideal opponent for the Saints to finally shake the winless monkey off their back and finish the season with a win. Since that start, Shelby County has enjoyed two straight wins while the Saints are still seeking their first victory. The Tigers still have a leaky defense, but their prolific offense has given the boys from Columbiana a taste for victory, and they are still hungry.

St. Clair’s young offense has struggled to put points on the board, even against porous defensive opponents like Shelby County. The Saints’ coaching staff has chosen to build for the future and given its young core of offensive players (quarterback Josh Struggs and wide receivers Jackson Lindsey, Josh Ruff and Jacoby Banks) as much in-game playing time as they can. This is necessary medicine for St. Clair County — it may hurt a little now, but it may cure what ails the program for the next few seasons. The Saints have crossed the point of no return for the season — this is about building success for next year and the year after that. Let this game against Shelby County be a big push in that direction — competing would be good, winning would be great.

The Eagles have suffered three straight blowout losses and have an overall record of 1-8. Sumiton Christian also suffers from one of the most lopsided point differentials in Class 2A football, having scored 125 points while surrendering 324 points in nine games.

Victory Christian’s task this week is quite straightforward. Sumiton’s sophomore quarterback Jack Gable and all-around athlete John Moon (who plays every offensive position) are the only two threats Sumiton Christian puts on the field. Both players have been keyed on by opponents and both have been shut down. Defensively, the Eagles have problems stopping anyone who gets between the hashes and the numbers. Sumiton’s defense is led by two hard-playing but smallish linebackers in junior Griffin Myers and senior Cody Long, but its edges and secondary are paper thin — perfect for Victory Christian’s speed sweeps and quick passing game.