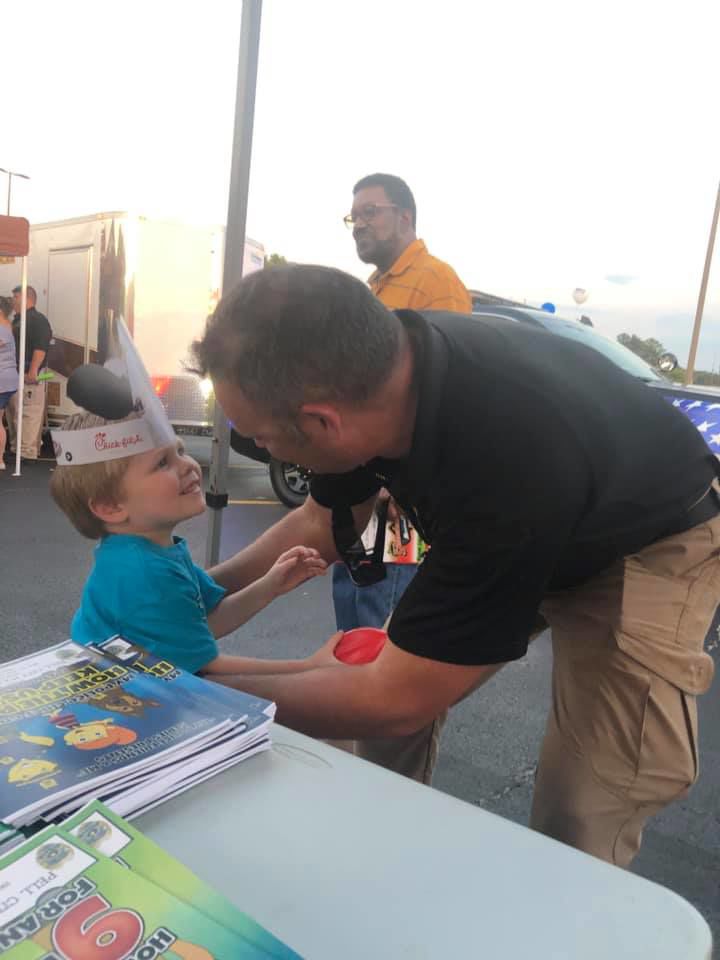 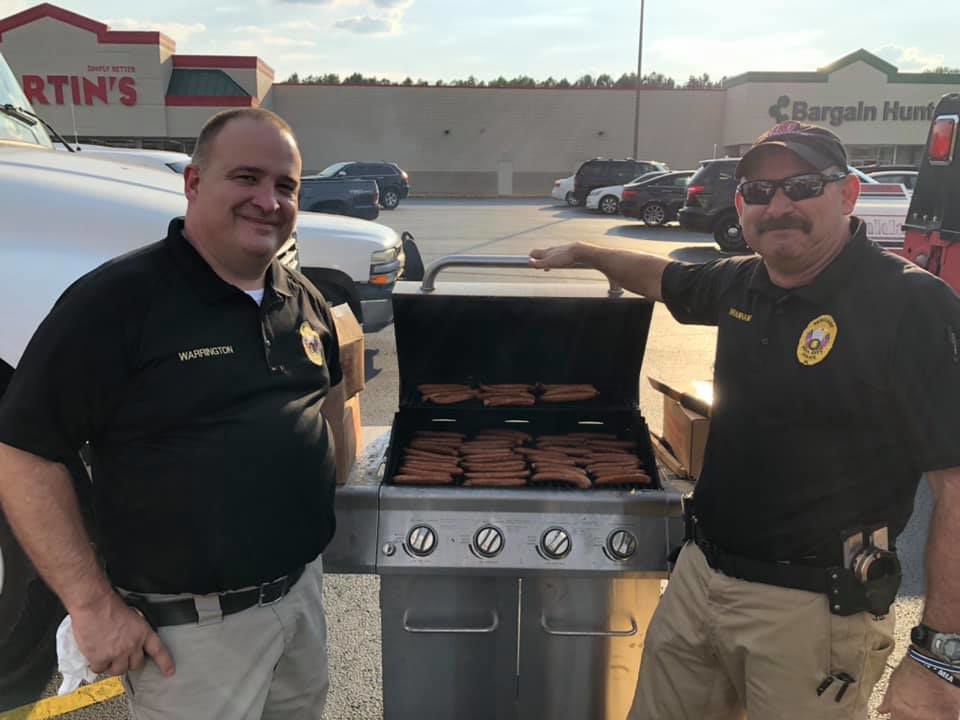 Pell City Police Officers grill hot dogs that are given away to attendees during National Night Out. Photo courtesy PCPD 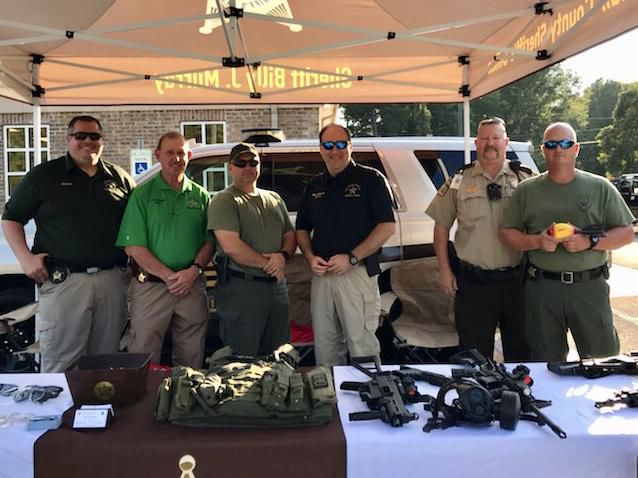 Pell City Police Officers grill hot dogs that are given away to attendees during National Night Out. Photo courtesy PCPD

On Tuesday Oct. 1, the Pell City Police Department held their annual National Night Out block party in the parking lot in front of Martin’s Family Clothing, Bargain Hunt and Tractor Supply. The block party was from 5 p.m. to 8 p.m. and was free and open to the public.

Over 1000 people attended the National Night Out celebration this year, according to Pell City Police Chief Paul Irwin.

The event had a variety of activities such as games, inflatable play areas, a climbing wall and a dunking booth. The police department also gave away free food from Royal Sausage and other goodies throughout the duration of the party. Other businesses such as Buffalo Wild Wings and Dunkin Donuts also provided food for the event. Local radio station 94.1 FM The River, provided music and commentary for the event.

Officers of the Pell City Police Department and the St. Clair County Sheriffs Office were present to answer questions from guests about the efforts of police to combat crime in the area and offer advice to help make their communities safer. The Sheriff’s Office tent had pamphlet and information about organizing a neighborhood watch.

According to the official website, National Night Out is an annual campaign to promote partnerships between police and their communities and to strengthen neighborhood camaraderie, with the focus in creating safer and more caring neighborhoods. Communities across the nation organize block parties, cookouts, festivals or parades on the first Tuesday in August or October with safety demonstrations, seminars and visits from local emergency personnel.

Beginning in 1984, National Night Out is the culmination of several years of attempts to organize local criminal watch groups and police departments to keep communities and neighborhoods informed and organized with appropriate access to necessary resources and assets. According to the official website, the first National Night Out involved 2.5 million people across 400 communities in 23 states.

In the 36 years since the first vigil, the National Night out has expanded beyond its original trappings. Communities now host more organized events to unite neighborhoods and display a stronger symbol of community cohesion and camaraderie. As many as 38 million people across 16,000 communities have participated in National Night Out since its inception.

Communities or neighborhoods who are interested in organizing their own National Night Out can do so on the official website. Registration is free but required each year. They also offer organization services to assist in event planning. National Night Out is usually held on either the fist Tuesday of August or October depending on the community.