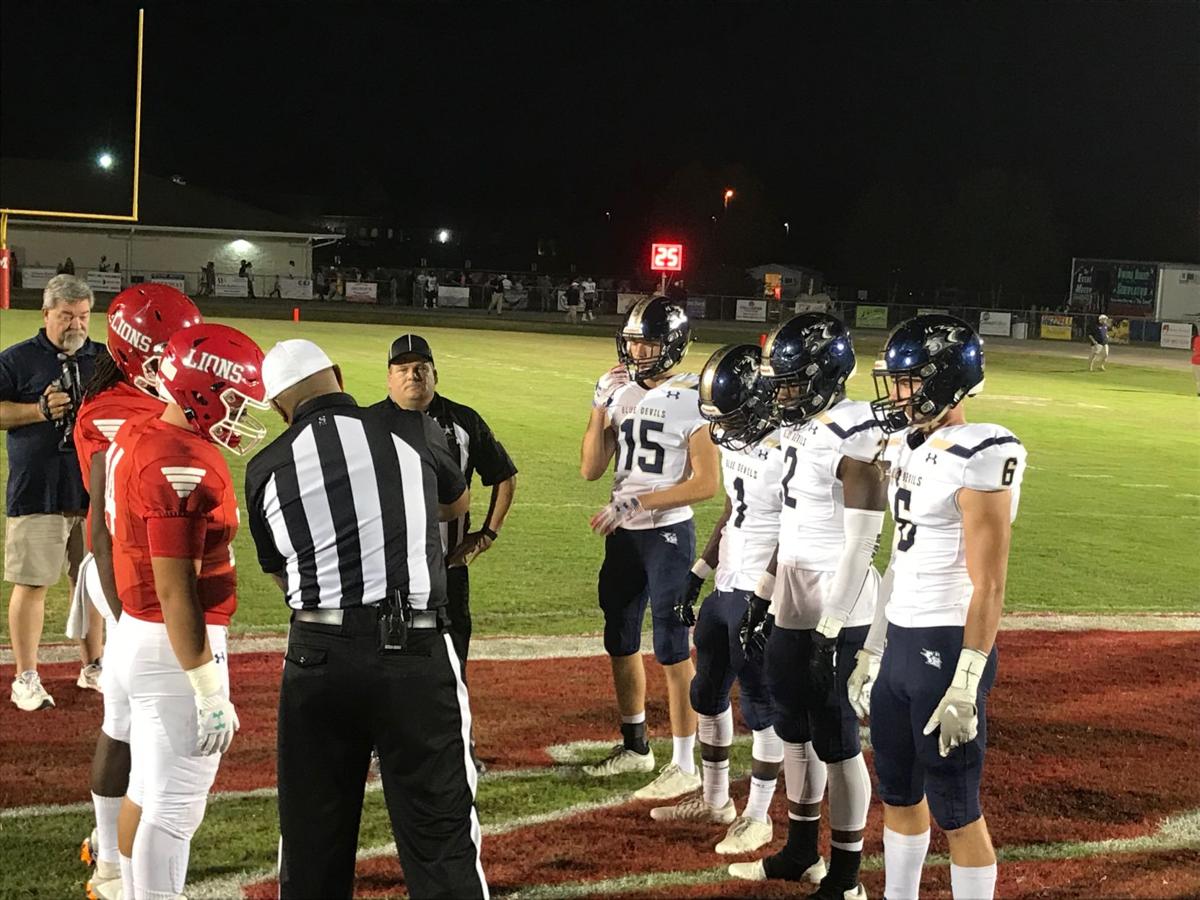 Blue Devils and Lions line up for the coin toss before Friday’s game. Photo by Willie Strickland 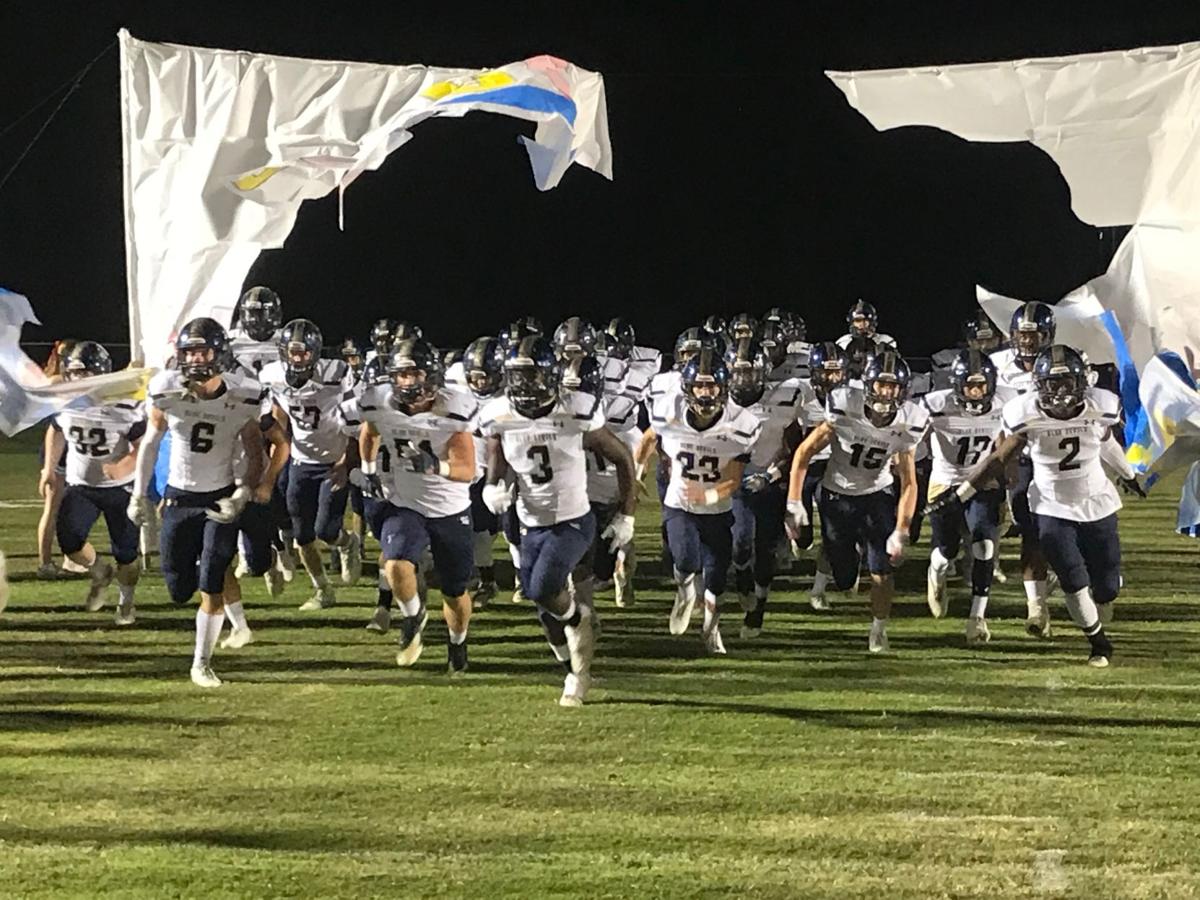 Blue Devils and Lions line up for the coin toss before Friday’s game. Photo by Willie Strickland

The Moody Blue Devils made the trip up I-20 to Munford to take on the Lions and fell just short losing 20 - 7. Moody looks to put this loss behind them and get ready for county rival Springville and senior night this Friday.

The Lions got the ball to start the game on their Homecoming night and quickly went to work moving the ball. A big 26-yard run put the Lions in Moody territory early in the drive. Four plays later the Lions had the ball first and goal at the Moody 10 yard line. Two plays later they punched it in from 8 yards out. The two-point try failed, but Munford was in front first 6 - 0.

The Lions stopped the Moody offense in three plays, but the Blue Devil defense caused a fumble on the Lions’ next possession to set them up 1st and 10 at the Lions 43. Terrence Moore started the drive with a four yard run, and Connor Rush followed it up with an eight yard run. Moody’s drive stalled out and led to a 30 yard field goal attempt from Christian Sierra that fell short. The score remained 6 - 0 after the first quarter.

The Moody defense picked up the intensity in the second quarter. Pressure from the defensive front caused a Lion fumble and Moody’s Joel McCormick fell on the football. The Blue Devils had the football first and 10 at the Munford 39 yard line.

Moody got the ball to open the second half, but fumbled the football on the very first play. Munford took over at the Blue Devil 34. On the next play the Lions cashed in with a 34 yard touchdown pass. The two point try was good and Munford retook the lead 14 - 7 over the Blue Devils.

Moody’s next drive saw some trickery. Facing fourth and 1 at their own 35 and looking to punt the ball away, Moody pulls out a face punt with a direct snap to Aiden Calvert for a 7 yard gain and a Moody first down. Terrence Moore followed with a 7 yard run to continue the drive. Two plays later Connor Rush showed his strength with a strong 9 yard run, carrying defenders. However the drive came to an end with a Lion interception at the 5 yard line and 14 - 7 would be the score after the third quarter.

Moody had the ball to start the fourth quarter, but the Munford Lion defense held and forced the Blue Devils to punt after three plays. The Lions took over at the Moody 46 yard line with 10:22 left to go in the game. The Lions ground out an eleven play drive that resulted in a 4 yard touchdown run. Aiden Calvert blocked the extra point, but Moody still trailed 20 - 7.

Connor Rush threw his first touchdown pass of the season and of his career and Logan Cole caught his first touchdown of the season. Mason Shockley had 14 tackles with two for loss, Aiden Calvert had eight tackles and a sack and a blocked extra point. Joel McCormick had 12 tackles, Tykhi Wesley had nine tackles, Triston Manly had six tackles, and Kaevon Austin had five tackles.