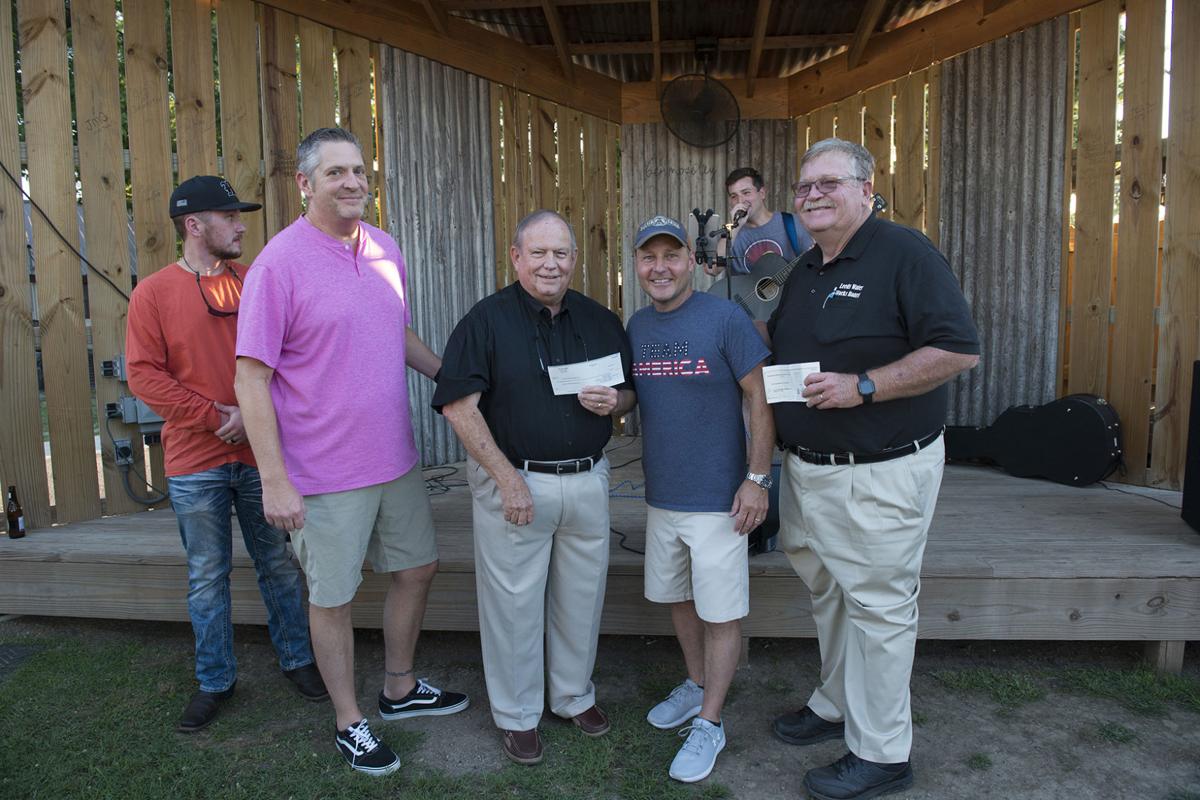 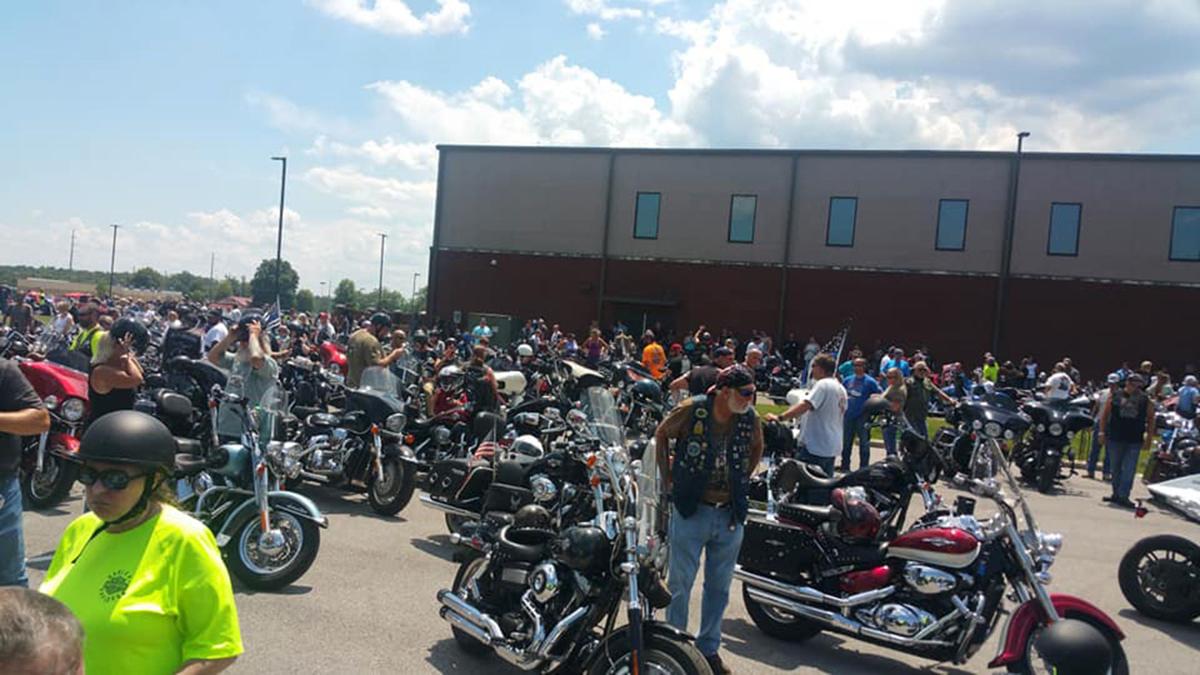 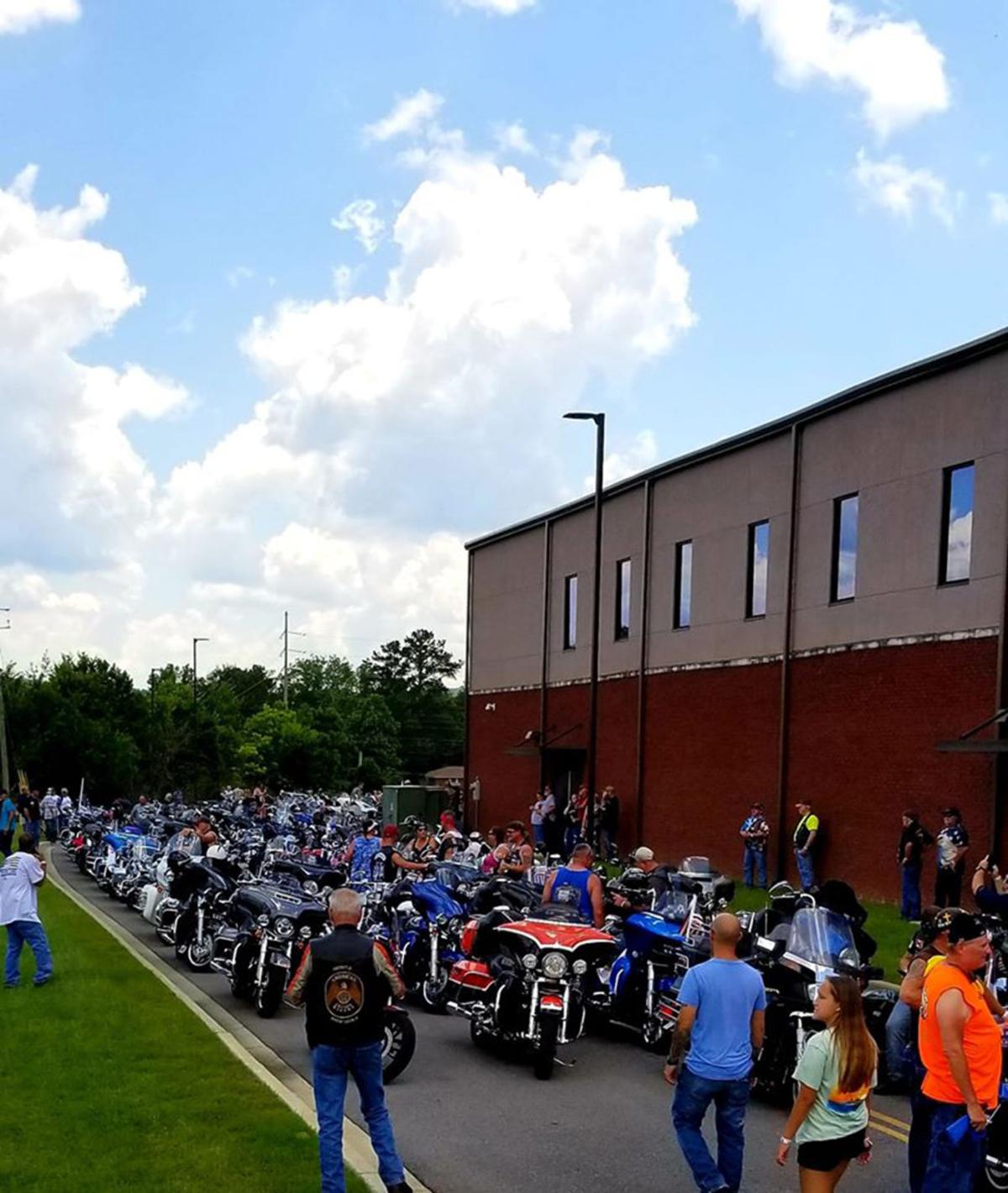 Community outpouring of love continues for the family of fallen Moody Police Officer, Lt. Stephen Williams. On Friday evening, Rails and Ales hosted a fundraiser which brought large crowds all evening. 100% donation from the sale of Select items as well as all tips went toward the cause. There was also a donation box outside available during the entire evening. Leeds Mayor David Miller presented a check for $2,000 on behalf of the City of Leeds. Bill Morris presented a check for $2,000 on behalf of Leeds Water Works. Among those in attendance were Moody Assistant Police Chief Rusty Freeman and Moody Officer Austin Burns. Assistant Chief Freeman said a few words during the presentations. Approximately $14,000 was raised which will go to the Williams’ family. Rails and Ales Co-Owner, Cary Kennedy shared, “We were very happy to raise the money to help this family. It’s a great cause and we appreciate everyone coming out to support these efforts.”

On Sunday, the Memorial Motorcycle Ride for Lt. Williams took place with motorcycles taking the route beginning at Moody Civic Center and they rode through most all of the Moody neighborhoods from Kensington to Edgewater Farms. Hundreds came out for this event. Larry Hardeman shared, “Like me, I am sure every biker that rode in this ride will tell you that it was a great honor to have the opportunity to pay tribute to Lt. Stephen Williams and ride through the neighborhoods that he patrolled and protected. And a huge hats off to Steve Lawley and the Moody Police Department. Steve put together a great ride and put a lot of effort into this for the past week and a half. Moody Police Department handled the ride today probably better than I’ve seen a ride handled and that’s coming from someone that has put together quite a few motorcycle rides over the years. I can’t go without thanking all the folks for the city, Moody Civic Center and all the volunteers that made all this possible. Everything worked like a fine oiled machine. And a huge thank you to the residents of Moody for coming out and showing your support. The boundaries of Moody are merely a chunk of land. It’s the residents that make it a community.”

Steve Lawley, the ride organizer, shared, “It was an amazing day. From the onset, this was not conceived as a way to raise money. We wanted to give the town of Moody a chance to love on the family. What better way than to bring the ride to them. We wanted to give everyone that could an opportunity to be a part of something bigger than we are. I believe we did that today!” This Memorial Ride raised $8k with 278 bikes and 43 vehicles participated.

Another ride was held later Sunday afternoon in honor of Lt. Williams which was organized by Steel City Jeeps. This was a short ride with so much meaning. People met at ADESA and rode with a police escort from ADESA to Moody Police Department. People traveled from all over the state and locals lined up along Moody Parkway to watch the ride and show their respects.

If you would like to make a donation to the family of Lt. Williams, you may drop it off at Metro Bank.

As you are shopping this week for fresh veggies, remember to stop in at Leeds Farmer’s Market which is open each Thursday from 3:00 p.m. to 6:00 p.m. on the corner of Parkway Drive and 6th Street. Beyond fresh vegetables and fruits, you can get chow chow, jams, jellies, pickles, relishes and more. Show about farm fresh pasture raised beef, pork and chicken as well as fresh eggs? Then, there’s handmade soaps like lemon & calendula petals or maybe unscented with rosemary. There’s plenty of fresh items to choose from each week so don’t miss this opportunity.

Also, while you’re nearby, stop in at the Three Earred Rabbit for that delicious chicken poppy seed casserole or chicken pot pie and shop around town.

The next Moody City Council meeting will be held at 6:00 p.m. on June 22 at Moody City Hall.

Thought for the Week: “Don’t follow any advice, no matter how good, until you feel as deeply in your spirit as you think in your mind that the counsel is wise.” ~Joan Rivers