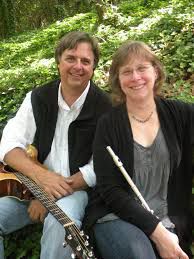 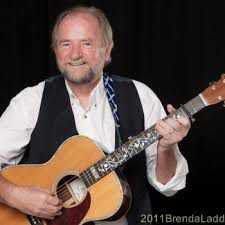 Ed Miller, originally from Scotland, will perform at the Pell City Public Library on Dec. 18 at noon. Photo submitted

Ed Miller, originally from Scotland, will perform at the Pell City Public Library on Dec. 18 at noon. Photo submitted

This talented trio has scheduled upcoming concerts in Mississippi, and throughout Alabama as part of their 2019 Celtic Christmas tour. Pell City welcomes them as the first stop on the tour, to entertain with a host of seasonal favorites that encompass the Celtic spirit—with selections that range from uplifting and peaceful to upbeat and vibrant!

Ed Miller is acclaimed as “one of Scotland’s best singing exports.” Originally from Edinburgh, he has been hailed as “one of the finest singers to come out of the Scottish Folksong Revival.” He earned his graduate degree in Folklore and Geography at the University of Texas, and though he now calls Austin, Texas home, he travels throughout North America, entertaining audiences at concerts, festivals, Highland games, and Burns Suppers. He also educates, teaching workshops and lecturing as time permits. In addition, Miller has recorded 10 CDs of Scottish music. His latest, entitled, “Follow the Music,” was released in October 2018. His performances have been described as “flawless,” “compelling,” and “refreshing,” and his voice described as being “as smooth and satisfying as a really good single malt whisky.” Miller will be joined by Jil Chambless, on flute, whistles, and vocals, and Scooter Muse on guitar. Both Alabama natives, each has released a solo CD, and multiple CDs as a duo.

Jil Chambless is recognized as one of the best American vocalists and flutists on the Celtic circuit. Originally from Montgomery, she now resides in Tuscaloosa, and has been actively involved in the Celtic music scene for more than 20 years. Jil made her introduction into Celtic music in 1989 when she joined Henri’s Notions of Tuscaloosa. Since then, she has performed at Celtic festivals and concerts throughout the United States, as well as in Canada, Scotland, and Israel. She released her first solo CD entitled, “The Ladies Go Dancing,” in December 2009. From her hauntingly beautiful ballads to her upbeat toe-tapping jigs, Chambless never fails to deliver a first-rate performance to her listening audience.

Robert “Scooter” Muse is an accomplished 5-string banjo player with a musical background in Bluegrass. He is proud to have earned the distinction of Master Folk Artist with the Alabama State Council of the Arts. In the 1980s he gravitated to Celtic guitar and founded Full Moon Ensemble, a group which performed for eight years across the United States and in Scotland, before he joined Henri’s Notions in 2003. In 2005, Muse released his first solo recording, “Saddell Abbey,” a collection of original guitar instrumentals which the Saddell Abbey Trust of Scotland described as “. . .a hauntingly beautiful piece of music.”

Together, these artists will deliver an outstanding performance that is both exhilarating and beautiful. Enjoy Scottish renditions of seasonal favorites, as they perform in concert for the Pell City Public Library’s ongoing Wild and Wonderful Wednesday series on Wednesday, Dec. 18 at noon. The program is free and open to the public, and light refreshments will be served afterwards.