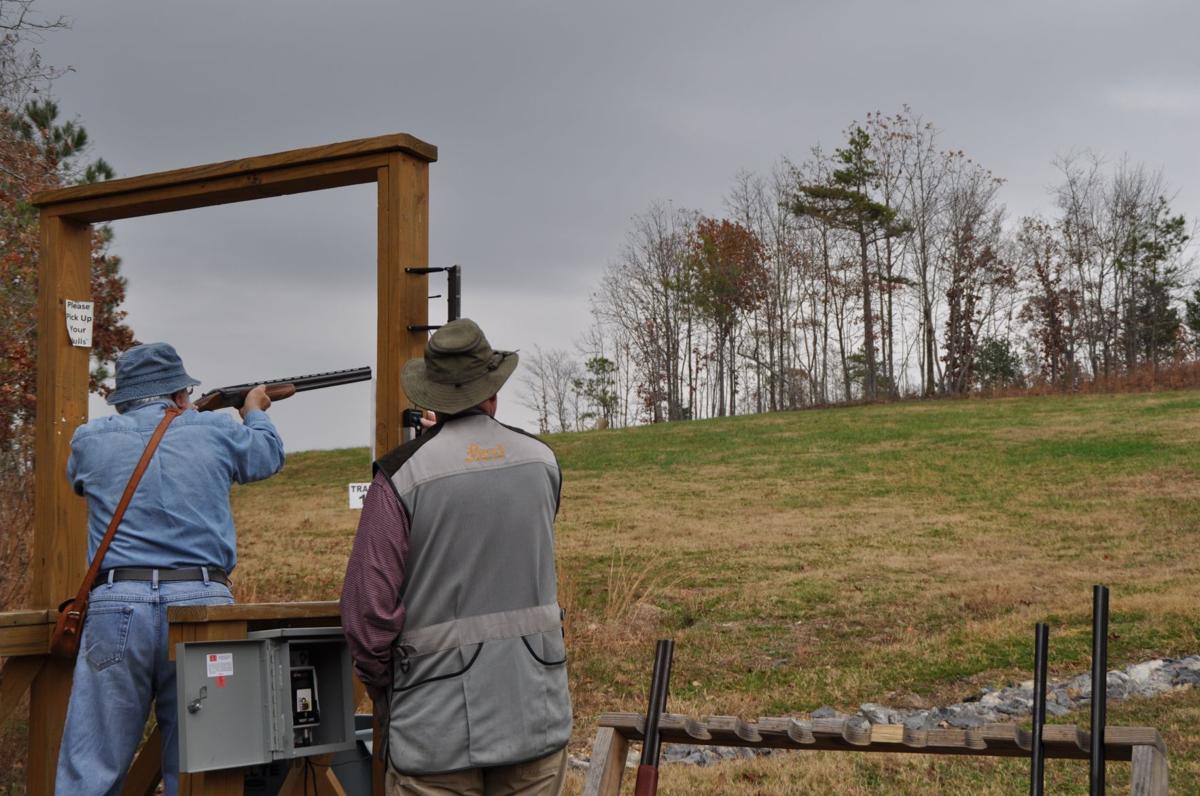 Shooters line up their shot on the Sporting Clay Field at CMP Talladega. Photo by Urainah Glidewell 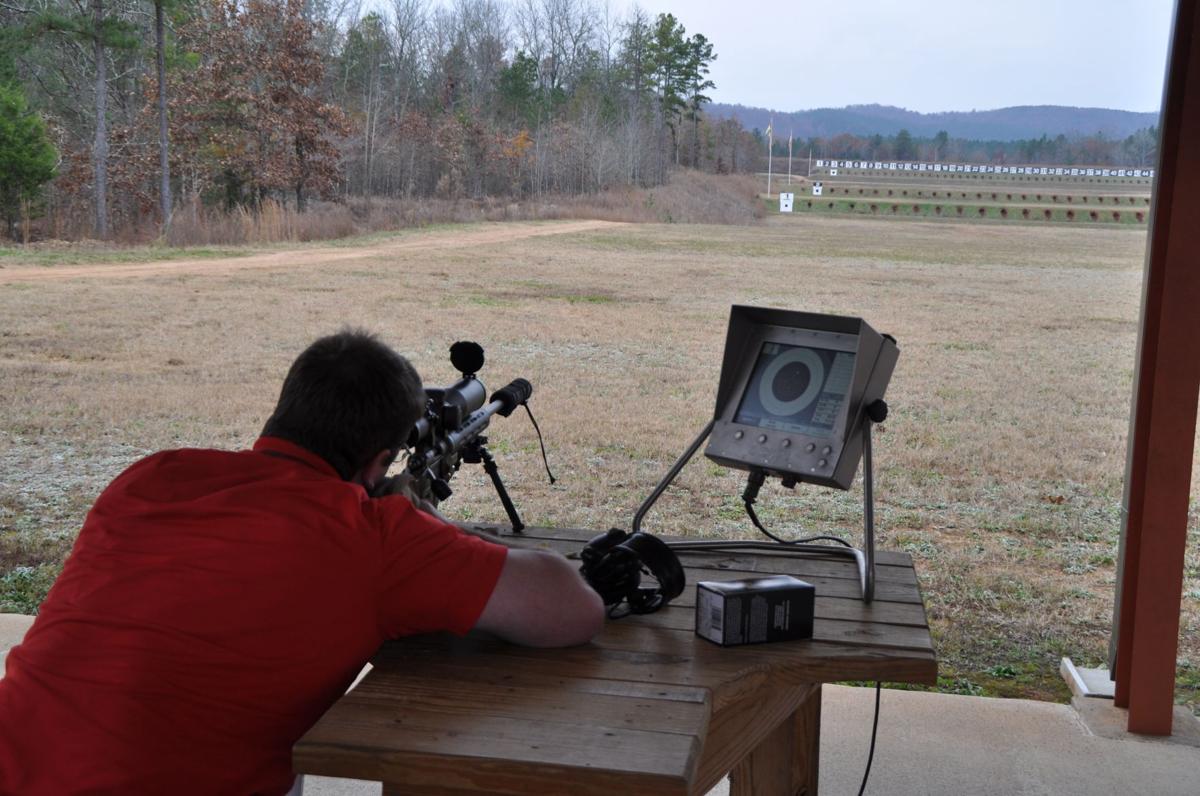 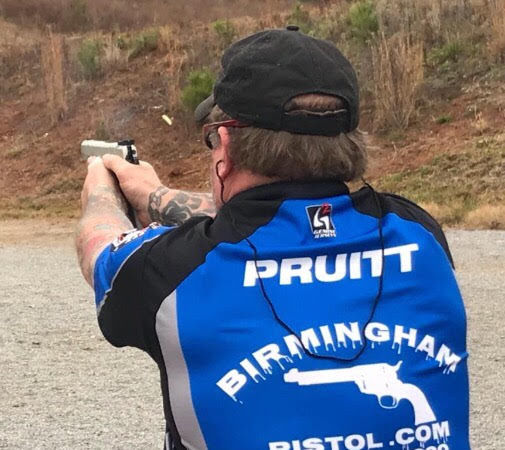 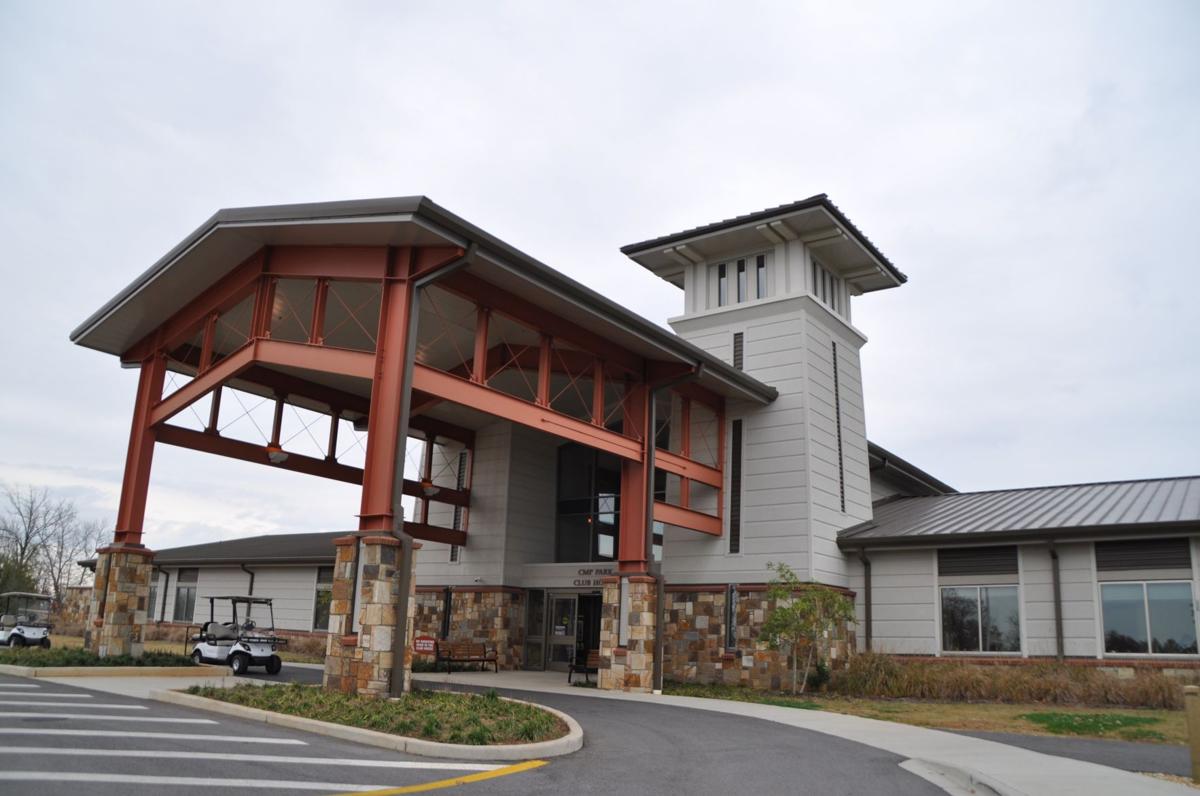 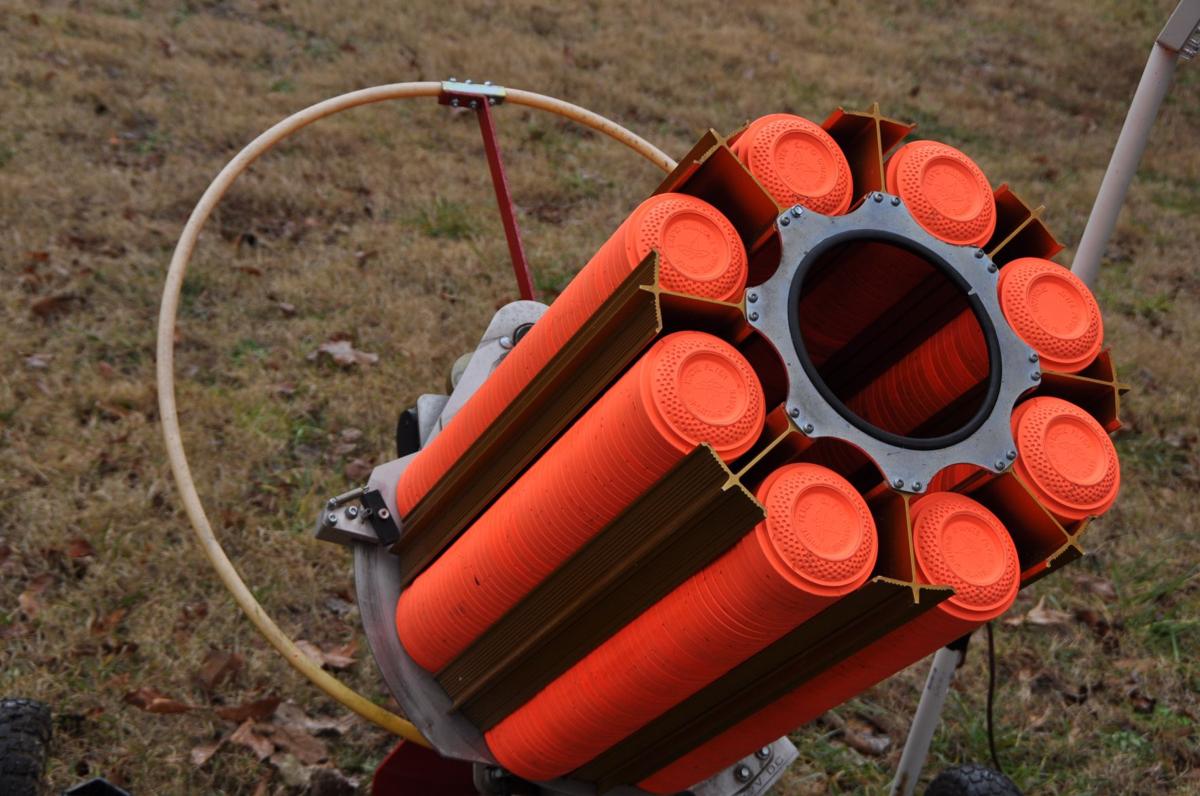 Inside look at the orange clays on the shotgun Sporting Clay Field at CMP Talladega. Photo by Urainah Glidewell 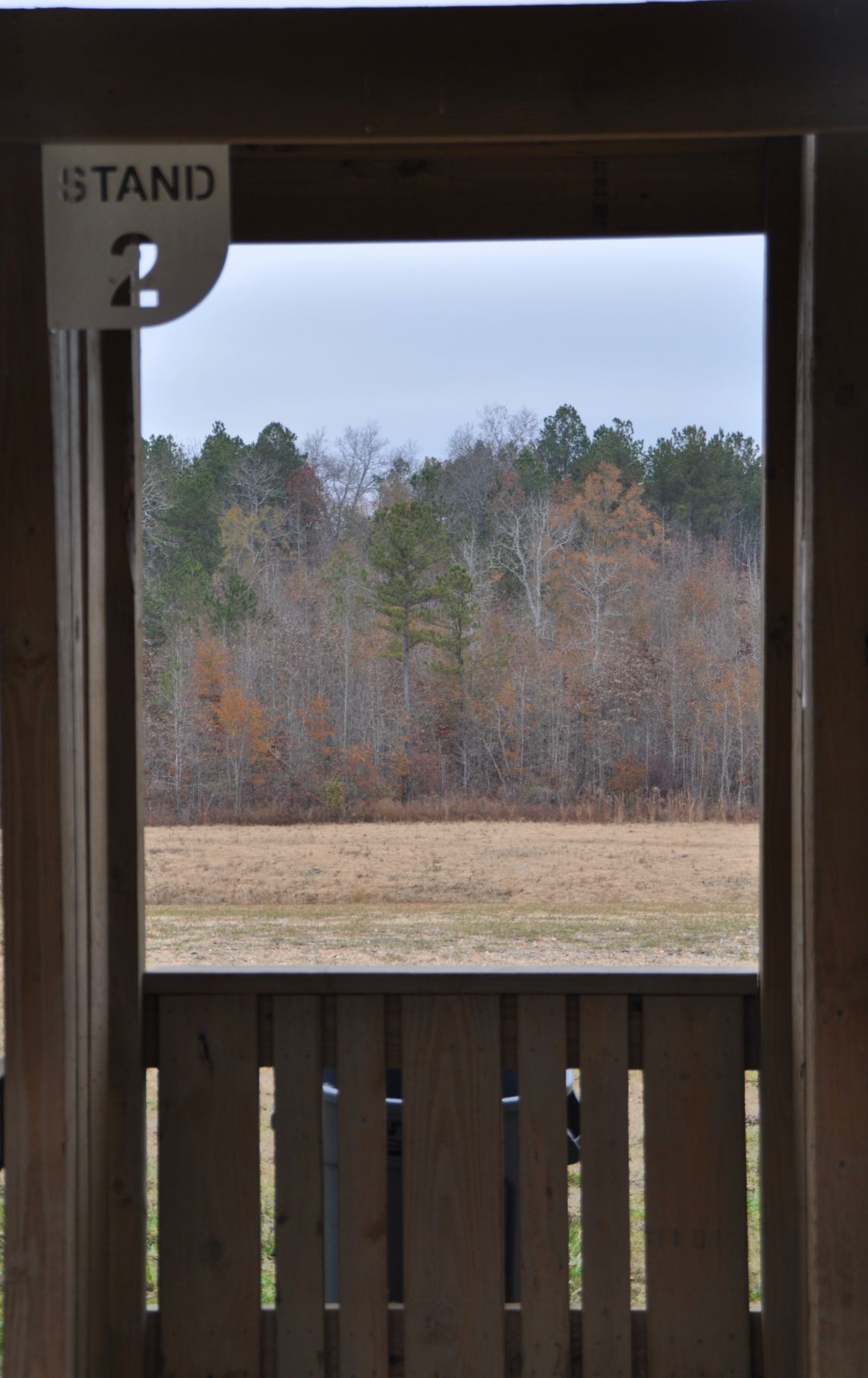 One of the five shotgun stands where participants can test their skills at clay shooting. Photo by Urainah Glidewell

Shooters line up their shot on the Sporting Clay Field at CMP Talladega. Photo by Urainah Glidewell

Inside look at the orange clays on the shotgun Sporting Clay Field at CMP Talladega. Photo by Urainah Glidewell

One of the five shotgun stands where participants can test their skills at clay shooting. Photo by Urainah Glidewell

TALLADEGA-The gentleman stands in the falling rain, accompanied by friends on this outing to the Civilian Marksmanship Program’s (CMP) exclusive Talladega Marksmanship Park. He lines up his shot on one of fifteen stations on the diverse Sporting Clay Field as his friend presses the button to release the clays, sending them hurtling through the air in a large arc. He takes his aim and catches one bright orange clay mid-air, missing the other.

“This group always comes in the rain,” Tyler Smith, a Shotgun Associate that helps to maintain and manage the shotgun ranges, says as he takes me on a tour of the facility. “And they really enjoy it.”

Among the regular attendees to the CMP Marksmanship Park are hunters, military personnel, amateurs, athletes, and expert competitive shooters. All ages and experience levels are welcome.

Smith, who was a top Competitive Clay Shooter in Alabama, has worked at CMP for two years. He is one of many employees who are experts in their fields and are available to assist visitors with instructions, tips, and safety requirements.

The goal of CMP Talladega is to provide a safe, family-friendly environment that not only offers a high-tech option for experienced and competitive shooters, but training and a safe environment for beginners.

“We are serious about teaching safety and marksmanship,” E.C. (Chris) Stone, Vice Chairman of the Civilian Marksmanship Program said. “My hope would be that everyone learn safely.”

The CMP Talladega Marksmanship Park is a 500-acre outdoor firearm range facility for rifle, pistol and shotgun. According to information on their website, the park contains some of the latest technological advances in the realm of marksmanship, including electronic targets and scoring monitors, which increases safety on the range and limits down time.

Featuring 50-, 100-, 200-, 300- and 600-yard ranges, as well as a 5-Stand Shotgun Field, Sporting Clay Field and Action Pistol Bays, the park is open to the public Wednesday through Saturday for practice, learning and competition opportunities.

While encouraging individuals to visit the park, CMP also hosts many competitive matches, such as the Glock Shooting Sports Foundation (GSSF), which had 1300 gun entries and brought an estimated 2000 people to the park for the multi-day event.

They also recently hosted the Steel Challenge, directed by Tony Pruitt, founder and owner of Speed South Shooting in Pell City. This was the second year of the event and had over 100 people registered, including multi-national champions from all over the country.

Speed South Shooting partnered with Veterans 3 Guns (V3G), a non-profit organization that “helps veterans, gives them a positive activity through shooting sports, and raises public awareness to the high suicide rates within the Veteran and Military community.” It is estimated that 22 Veterans a day commit suicide, and V3G wants to make sure that veterans returning home have the support and resources they need to reduce that number.

“We were able to raise almost $2000 for V3G,” Tony Pruitt said. “We were very mindful of bringing them in and I am very proud of that.”

Pruitt, who was a 2016 State Champion and ranked fifth in Nationals in his division, also stated that several world records were broken for speed and accuracy during the recent three-day Steel Challenge State Championship held last week.

Steel Challenge hosts a practice each month at CMP to teach fundamentals and rules of the challenge, and they host a match every month.

“We have a world-class facility,” Beam said. “Our goal is to train and educate people in firearm safety.”

For more info on the park, visit http://thecmp.org/competitions/talladega-marksmanship-park/.