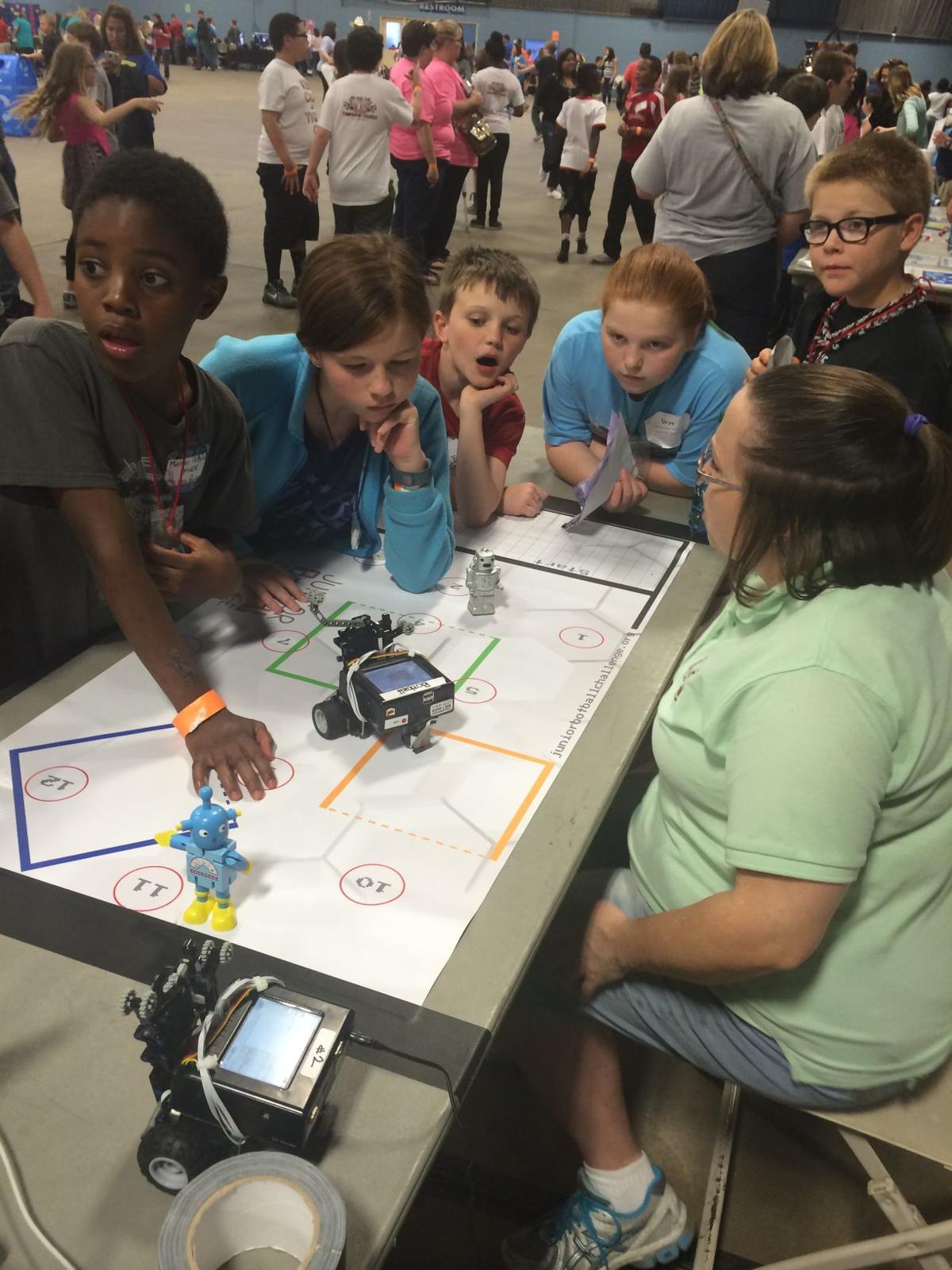 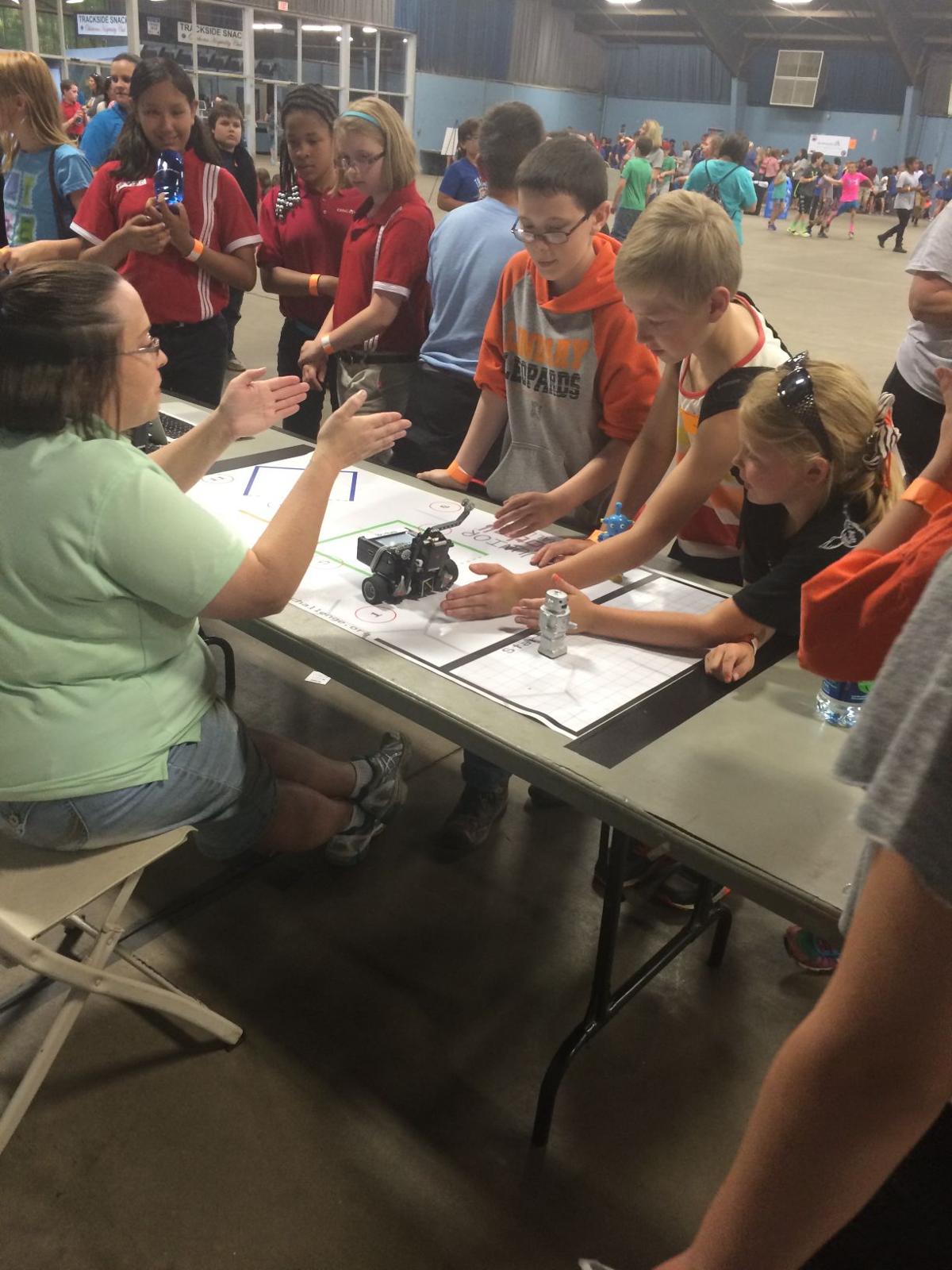 OKLAHOMA CITY — Most of the children staring longingly at the robots rolling around the State Fairgrounds on Thursday probably didn’t think that computer programming, per the old stereotype, was the province of nerds. It certainly isn't anymore.

“People have said for years there’s no way you can teach a child to program,” said Matthew Oelke, a systems engineer with KISS Institute for Practical Robotics in Norman. He and 11 ingenious colleagues beg to differ.

That’s because they’ve stumbled on a way to get Oklahoma youth hooked on computer programming. Their solution is Botballs, miniature robots that students learn to manipulate using lines of basic computer code.

“If you start talking about code, you know, the eyes glaze over a little bit, and you start to lose the students some,” admits Oelke.

That may be one reason there’s “a real lack” of programmers today, as he puts it, even as society is more reliant on technology. Consider that nearly 500,000 of 5 million job openings in the United States in March involved technology, President Obama said during a speech.

So great is the need that President Obama announced in March a $100 million program to train and employ individuals in technology fields — including coding.

But even this reporter's eyes started to glaze at the thought of long strings of computer code. So, Oelke quickly changed the subject back to the small bots, which are just a few fists in size, performing tricks.

Last year, KISS launched its Junior Botball Challenge, based on a computer game that prompts fourth- and fifth-graders to develop code to lead their schools' robots through 17 challenges — such as responding to distance, movement, color, light and touch.

Hundreds of Oklahoma students gather at a central location each March to test their bot-programming skills against each other.

Oelke said robots are limited only by a human's programming skills and imagination. Someone who shows up at his office wearing bright colors, for instance, is likely to be chased around by robots. Teaching them to hone in on color is one of the ways the employees amuse themselves.

Interest in the junior Botball program has blossomed in Oklahoma. More than 150 schools have registered and invested $500 each on startup materials, which come with an eight-hour course in the basics of teaching programming to kids, he said.

Oelke said schools across the country are looking for ways to engage students in science, technology, engineering and mathematics fields.

On Thursday at the fairgrounds, the KISS Botballs were among several dozen exhibits at the annual ScienceFest, which drew hundreds of fourth- and fifth-graders. Organizers hoped to peak students' interest in science and math-related careers.

Incorporating robots is surely one way to do it.

“They get really excited about it,” Oelke said. “They know robots.”

A case in point were two young boys who stopped by the exhibit.

“We’re in Botball!” they told Oelke excitedly, as they studied how his robot followed a curvy black path without deviating.

OK, the bot did stray a bit when a student placed a plastic figurine in its path. It swerved to avoid a collision but couldn’t find its way back to the trail.

Oelke explained to the fascinated students that the robot is taught to differentiate between black and white, it still can use help from its human partners on occasion.

After all, it’s humans who teach robots the ropes.